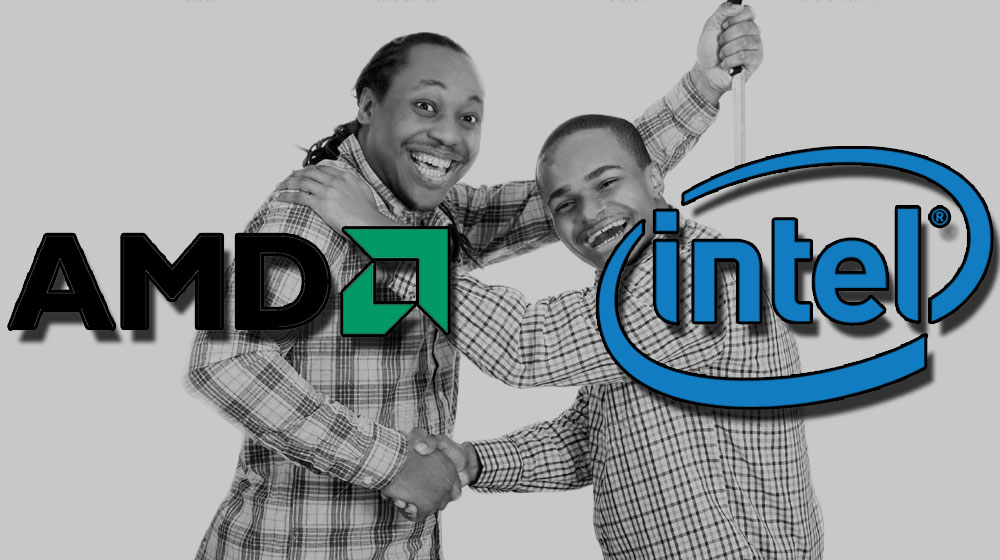 Given Nvidia’s recent strides with laptop graphics, namely the introduction of svelte Max-Q custom designs and desktop-grade graphics in a laptop, Intel and AMD are joining hands to compete with the company.

The new partnership will be separate from AMD’s own Ryzen processors for laptops, which were announced just a few weeks back. Instead, they will combine Intel’s 8th-generation processors with AMD’s graphical power to pack a powerful punch.

The outcome of the partnership is a new module which combines Intel’s CPU, AMD’s graphics, and HBM2 (or High Bandwidth Memory) in a single piece.

The new chip uses Intel’s new EMIB small intelligent bridge design, which boosts the speed of data transfer between the components by using silicon. They’ll still be quite good in power management, so the battery life doesn’t take a hit. The solution will also bring improvements in design, with a compact solution with additional space for other tasks.

The H-series processors will likely be used in portable devices, such as thin laptops, convertibles and low-profile desktops. While the machines won’t be able to compete with considerably higher-end Nvidia laptops with their ostentatious graphics cards, they’ll provide just enough boost to do some acceptable gaming on the go.

Important details such as the composition of the chips, prices, benchmarks and availability are still under the wraps, however, it’s interesting to see Intel take a completely different approach to simply beefing up the 8th-gen processors.

It is also the first partnership between Intel and AMD since the 80s. The two companies will continue to fight it out in the processor business regardless.