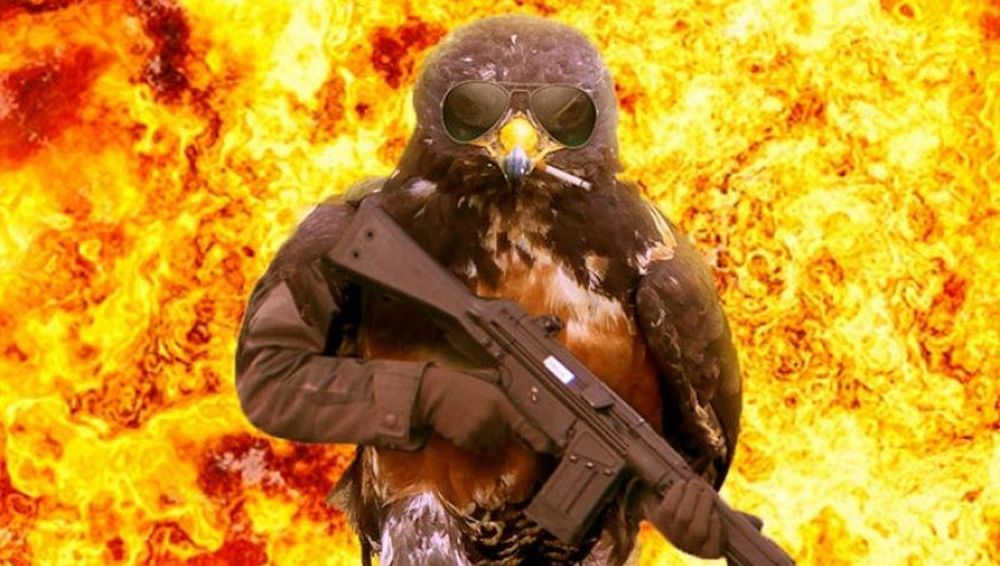 The recent news of a ‘hawk’ detained in India on doubt of being used as a ‘spy’ by Pakistan Army has been met with the amusement on this side of the border.

India is famous for frequently accusing Pakistan of spying on their border with stamping the ‘silly’ accusations on Pakistan.

Recently, an absurd report was published which claimed that a hawk was “spotted under mysterious circumstances” near Rajasthan’s Sri Ganganagar city (which is close to Pakistan border). It further added that the bird has been “detained” for further “investigations”.

The report accused Pakistan of “using birds for its evil actions” against India.

The Indian police have taken the spy hawk in “custody” — and stern measurements are to be taken following this “alarming incident,” says the report.

This is not the first ‘bird’ that has been accused of spying on India. In early 2017, a ‘Pakistani Spy Pigeon’ was arrested on suspicion of, ahem, criminal behavior. After that, a man was arrested for selling Pakistani balloons.

Pakistan social media is always quick in responding to such allegations with ‘amusing’ memes and by mocking Indian media agencies for publishing such ‘absurd’ reports.

A Twitter campaign was mounted after a similar incident took place in 2015, which featured some hilarious tweets. Here’s a few of the tweets:

Once upon a time #India was afraid of atom bomb now they nightmare only pigeon.#PigeonVsIndia pic.twitter.com/3OEAAExLZo

#PigeonVsIndia Salute to our unsung heroes of ISI, They are the last line of defence and offense against India pic.twitter.com/cAfjdnE8ZL