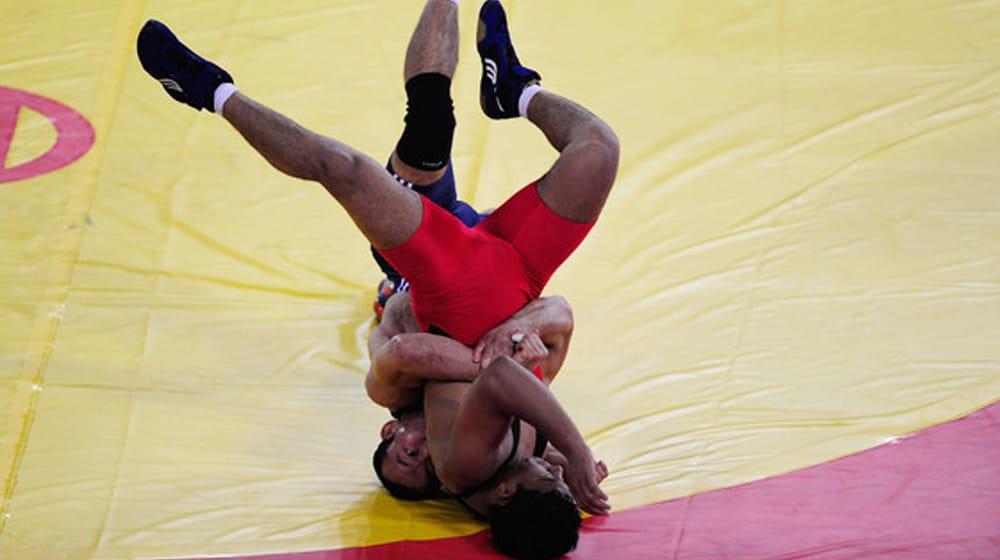 Pakistan’s Muhammad Inam has made yet another breakthrough with his wrestling career, this time bagging a silver medal in Johannesburg, South Africa.

After the Asian Beach Games 2016 games where he won a gold and silver, followed by another gold medal in the World Beach Wrestling Championship that was held in Turkey this October, the wrestling champion seems to have scored a hat-trick in his own right.

Muhammad Inam is 25, approximately 5’10 feet. He weighs 86 kilograms and hails from Gujranwala Pakistan. He won the 2010 Commonwealth Games gold medal in free-style and Greco-Roman wrestling in India.

During the Commonwealth Wrestling Championship, Inam scored three against six in his round against India’s Somweer Singh, but rebounded in the next round with a clean six to zero against his other Indian opponent, Arjudeen Airudeen.

Overall, this trip to South Africa seems to have been good for Pakistan’s wrestling sports.