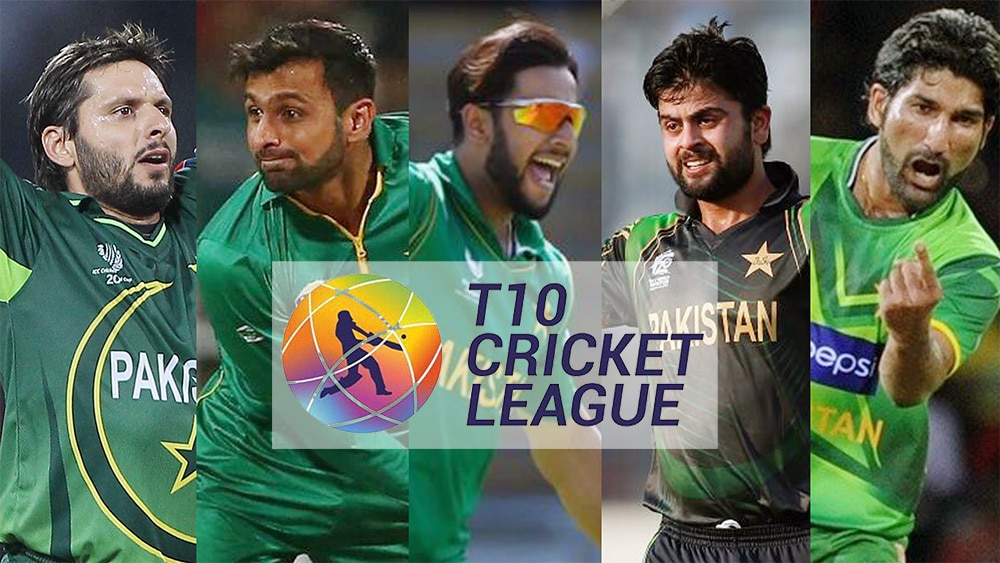 The newest format in cricket, the ten-over league — T10 League Cricket — has turned out to be a huge success. In fact, Pakistani players have a lot to do with its success thanks to their awe-inspiring performances.

Whether it’s in the bowling department or the explosive batting, these Pakistani cricketers truly know how to be in the limelight when it comes to franchise cricket leagues.

Kerala Kings led by Eoin Morgan walked away as Champions of the inaugural tournament while Misbah-ul-Haq’s Punjab Legends turned out to be the runners-up.

We have compiled some of the best performances by Pakistani cricketers in the recently concluded T10 League.

Imad Wasim disturbed the Pukhtoons’ batting line with 2 wickets in the first over and his imitation of the Ronaldo celebration went viral.

The left-handed explosive batsman hammered 45 off 22 balls at 204.54 which included 3 sixes.

The veteran all-rounder took 3-19 in his 2 overs including a hat-trick which earned him the Man of the Match award.

Sohail Khan was at his absolute best giving away just 7 runs taking 2 wickets in his 2 overs.

Defending 100, Hasan Ali bowled a brilliant spell taking 4 wickets for mere 7 runs, however, his heroics were not enough to stop Punjabi Legends from clinching the victory.

Thanks to Anwar Ali’s brilliant hitting down the order; he was declared Man of the Match.

Chasing 115, Malik was in sublime form demolishing Kerala’s bowling attack with a match-winning 60 at a strike rate of 240.

He hit 4 huge sixes to go along with 6 boundaries which earned him the Man of the Match award.

Having to defend 112, Sohail Khan didn’t let any of the Sri Lankan batsmen to take the game away.

He gave away only 5 runs in 2 overs, helping his team defend the target easily.

Bowling first, Sohail Tanvir restricted the Arabians to 97/9 thanks to his figures of 12-3 in 2 overs.

Kerala stormed into the final with an easy chase.

Ahmed Shehzad and Shahid Afridi ensured that their team had a strong total on the board while batting first; they scored 58 (29) and 41 (17) respectively.

Chasing 130, Shoaib Malik was on song and his 48 off 17 helped his team gallop to victory to book their place in the final against Kerala Kings.

Have we missed out any special performances? Point it out in the comments section.