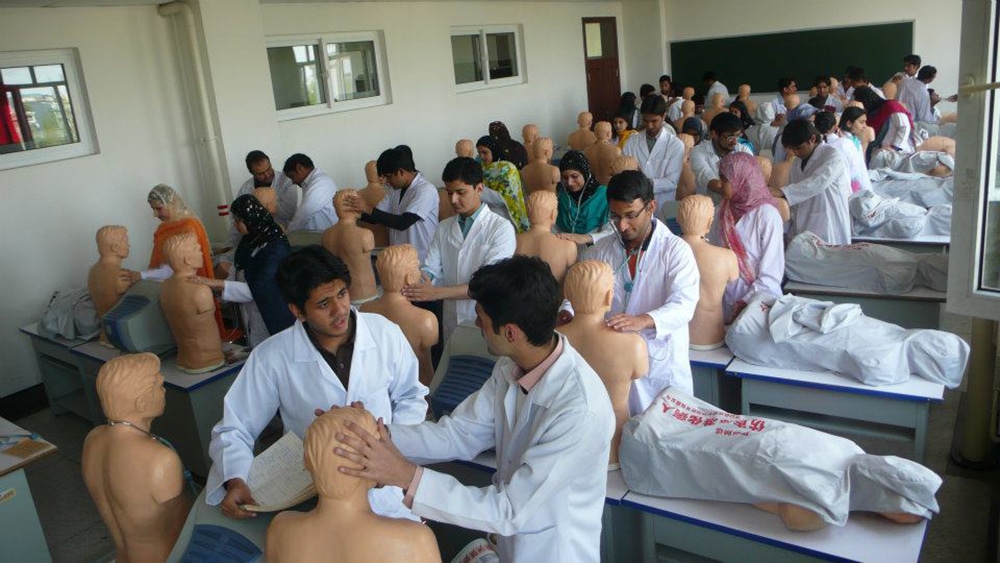 The Supreme Court of Pakistan has banned admissions in private medical colleges all over Pakistan.

The Chief Justice of Pakistan (CJP), Justice Saqib Nisar, heading a two-member bench against fee-hike in private medical colleges, summoned the details of fee structure of all private medical colleges in a Suo Moto case on Tuesday. He added that if any college/university was found admitting students on backdates, the owner of the college will be held responsible.

The CJP said that he will keep paying visits to hospitals where there is a healthcare issue despite the criticism he has faced due to his recent visit to Mayo Hospital.

He asserted that the court is hearing the pleas to provide the public with best possible facilities. He said that the decisions are being taken for the well being of natives and not for their “personal glory”.

Nisar also directed the members to provide the details of bank accounts of medical college owners involved in fee increases.

The Chief Justice, while being explained about the structure and dynamics of most of the private colleges, observed that many colleges are being operated on the rooftops and garages of buildings.

“Although we are producing doctors, [but] we don’t know whether our tool is correct or not,” he remarked.

Nisar said that the case of private medical colleges’ fees will now be heard simultaneously along with that of arsenic in drinking water case, and ordered the relevant authorities to dispense a proper record of both the cases at the earliest.