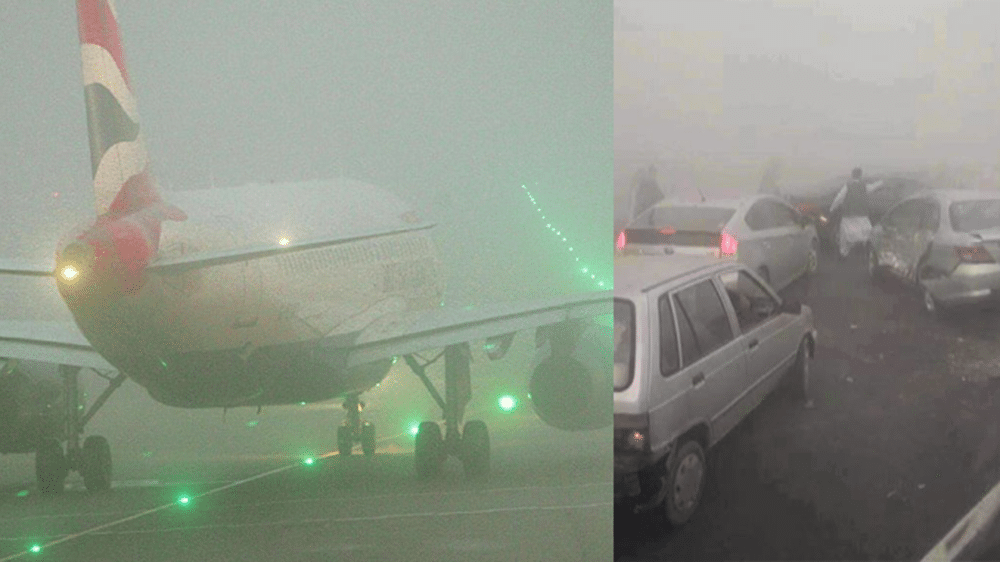 Due to extreme weather conditions, flight operations to Allama Iqbal International Airport this morning have been impacted critically.

At 12°C and dense fog, a number of flights have been delayed and diverted to other routes — much to the distress of passengers.

The details of this aerial havoc include flight delays from:

Two flights have been diverted to Karachi

Aside from this, two flights have been canceled

However, this major disturbance in aerial transportation is expected to be resolved as soon as the fog clears up.

Aside from the problems caused by fog for various airlines, M2 Motorway has also been closed from various points. Multiple vehicle collisions were reported by the media due to a thick blanket of fog on M2.

At least 4 passengers lost their lives on Chichawatni Road near Burewala city due to low visibility.

In another road accident, a woman was killed and 3 people sustained severe injuries when an ambulance hit with a tractor trolley on Chestian Road in Bahawalnagar.

Three motorcyclists in Narowal got involved in accidents and sustained severe bruises due to low visibility on roads.

Besides, Pakistan Meteorological Department (PMD) has predicted that dense foggy conditions are likely to prevail over Southern Punjab and Upper Sindh during the night and early hours, therefore, motorists are advised to device all possible safety measures before taking a road trip.