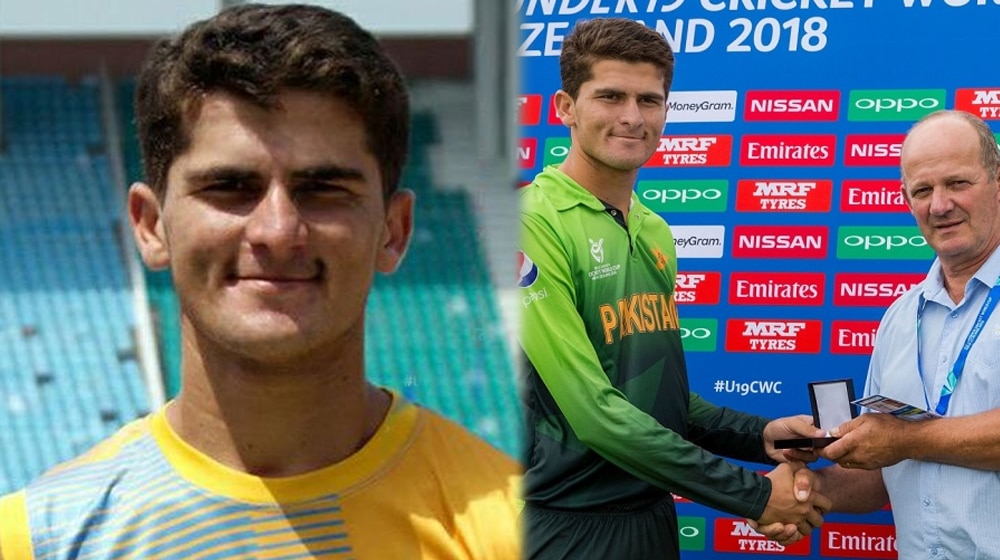 Pakistan Under-19 side hammered Ireland Under-19 by a huge margin of 9 wickets, chasing down a target of 98 in just 8.5 overs. The left arm fast bowler, Shaheen Shah Afridi rattled the Ireland XI with his destructive bowling, taking his career-best 6-15 in 8.5 overs as Ireland were bowled out for 97 in 28.5 overs.

Pakistan U19’s captain, Hasan Khan was also among the wicket-takers, taking 3-16 in 4 overs. The only other wicket was claimed by Arshad Iqbal, who ended up with figures of 1-12 in 5 overs.

Known for his similarity with the fiery Mitchell Starc, Shaheen Afridi took a liking for Whangarei pitch as he dismissed the top order with ease; his first three wickets turned out to be caught behind by the wicket-keeper while rattling the woodworks for his next three scalps.

Pakistan’s top order came out with intent, trying to close the game within the first powerplay. Opener Zaid Alam shattered the Ireland attack, scoring a brisk 43 not-out off just 19 balls while Hasan Khan chipped in with 27 off 21, getting over the line in mere 8.5 overs. Shaheen Afridi was declared the Man of the Match for his brilliant bowling display.

Pakistan’s huge win has earned them a net run rate of 1.877 which takes them to the top of the table. 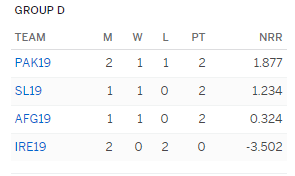 Pakistan lost their opening game to Afghanistan, while their next encounter is against Sri Lanka on Friday 19 January. Pakistan will have to win their next match to keep their campaign alive.