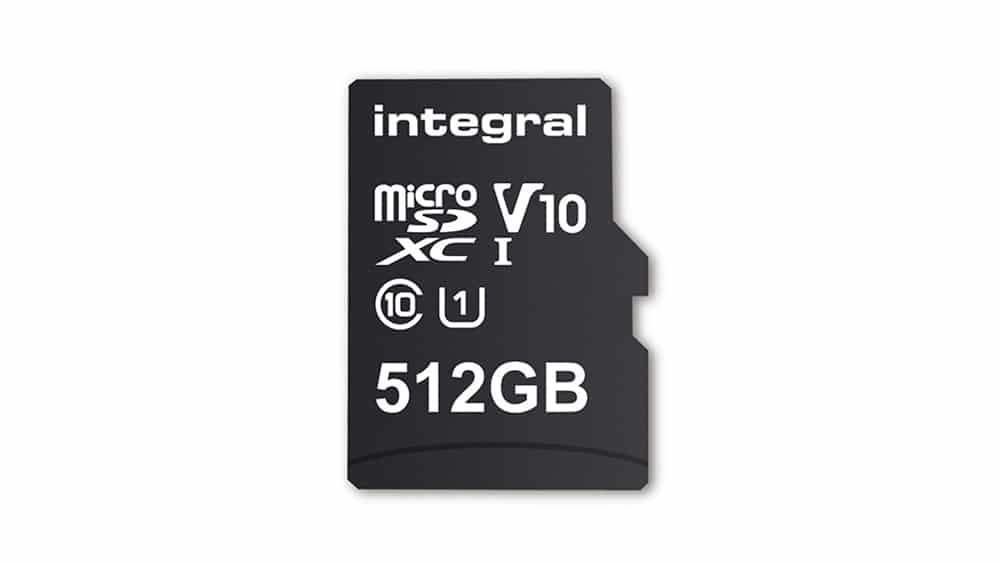 UK’s Integral Memory has unveiled, what it claims to be the world’s highest capacity microSD memory card. It has a whopping 512GB memory in a chip as big as your fingernail.

It has a V10, UHS-I Class 1 specification and is covered by Integral’s trusted 5-year warranty.

Most of the devices, including latest Android phones and tablets as well as PCs like the Surface Pro, will be able to support microSDXC card.

Consumers have been clear in their call for increased storage, as mobile devices have become essential to many in everyday life. The need to provide extended memory for smartphones, tablets and a growing range of other mobile devices such as action cams and drones has been answered. As a company, we are very proud to be the first to achieve the 512GB capacity milestone in microSDXC, worldwide.

It supports the Video Speed Class 10 (V10) standard, and offers fast data transfer and makes it much easier to capture Full HD videos on smartphones, cameras and other video recording devices.

Integral’s latest card manages a peak transfer speed of 80MB/s which is good enough for apps and recording 4K videos at 30 fps.

The company hasn’t yet revealed the price of the first ever 512GB card. However, we expect it to cost around $300-$350 because an average 400GB memory card costs around $250 on Amazon.

Integral Memory will start shipping the half terabyte microSD card from February (next month).