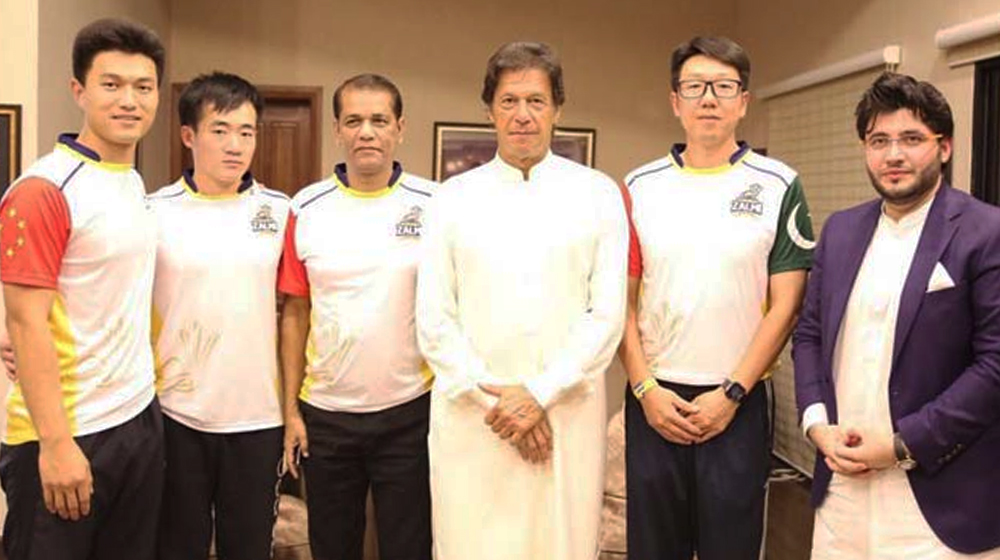 The two Chinese players recruited by Peshawar Zalmi last year are set to make their debut in the Pakistan Super League’s (PSL) third edition in Sharjah.

Jian Li and Yufie Zhang signed for Zalmi to promote cricket in China, according to Amir Suhail, China Representative of Peshawar Zalmi.

We will provide them a platform to recognize their talent and motivate them to achieve international recognition.

Zalmi will welcome the Jian and Yufie at the Dubai International Cricket Stadium where they will join the camp for the upcoming PSL fixture.

Peshawar will play against Quetta Gladiators in Sharjah on Thursday. Peshawar currently sits on the 4th spot having won just 1 match of their 3 games.

Quetta Gladiators, however, have played only 2 games so far; winning 1 and losing the other.

The league was organized by the franchise under its banner “Global Zalmi” — a fan-based league of cricket enthusiasts with representative Zalmi clubs in over 16 countries around the world.

Teams involved in the tournament were divided into four groups where China Zalmi remained unbeaten throughout.

Javed Afridi, owner of Peshawar Zalmi, did the honor of giving a cash award of $10,000 to the winning team. Moreover, he also allowed two players from the winning team to participate in the practice session with the senior team players.