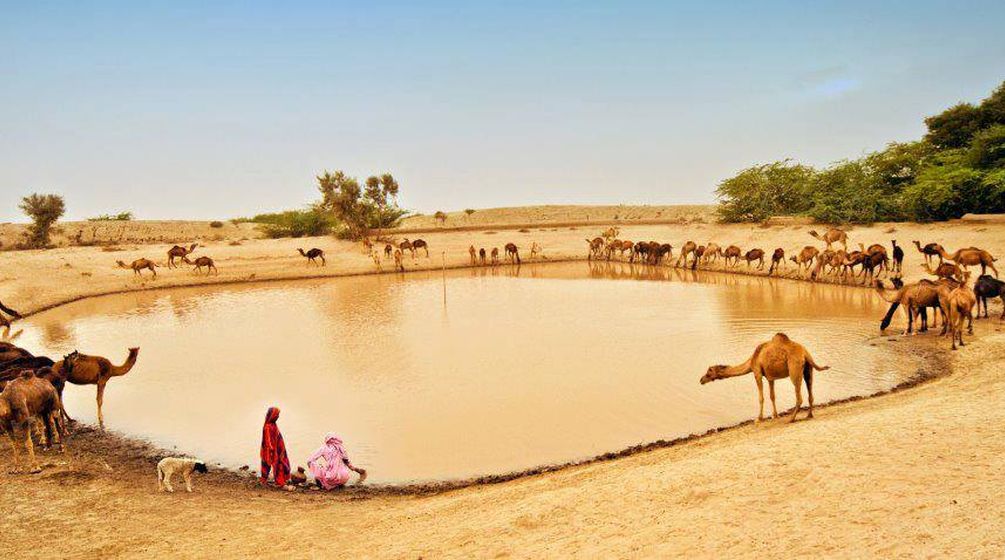 Mithi, not Islamabad or Karachi, is the most expensive city in Pakistan where the inflation rate stands at 11.8% on a year-on-year basis, mentions Inflation Monitor of SBP.

Mithi is a unique city of Sindh where Hindus are in majority and Muslims are in the minority, however, it has been very peaceful despite this. The city and its adjoining areas are comparatively more developed than other small cities of Sindh with a slightly above average literacy rate.

The reason for a sustainable price-hike in Mithi is the absence of food items and agriculture products, including vegetable and fruits.

Govt Plans to Increase the Price of Gas by Upto 7%

Essential goods of kitchen items and non-foods are usually brought in the city from different districts which also adds heavy transportation cost to local traders translating into inflated end prices for customers.

The inflation in Turbat, a tourist city is second highest at 6.8%. It is followed by industrial cities of Faisalabad and Sialkot with inflation at 6.7% and 6.6% respectively.

Inflation Is Higher in Islamabad In Major Cities

Islamabad, the capital of the country, and its residents are feeling the pinch of high living cost as the inflation continues to grow at uncontrolled pace, which stands at 5.3% as of January 2018.

According to Inflation Monitor of SBP, the inflation of Islamabad is almost 82 percent higher than Karachi, the commercial capital of the country, which stands at 2.9 percent.

Inflation in Quetta is double that of Karachi which stands at 5.9 percent in January, according to SBP.

Gujranwala recorded the lowest inflation at 2.4% followed by Mirpurkhas at 2.5%. 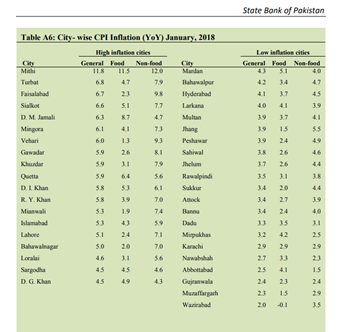 Prices of almost all essential consumer goods and services rose sharply in January, especially those of motor fuel, education and housing.

According to SBP’s inflation monitor for January, the biggest negative impact was caused by motor fuel which saw an increase of 13.34 percent year-on-year. The steep rise was seen because of the frequent increase in the price of petroleum products.

The inflation on education rose by 12.40% as a result of annual increase by a majority of schools in big cities.

House rent has directly received the impact of rising prices of property. Its inflation stands at 5.43% in January 2018. House rent contributes the biggest share in inflation basket at 23.62 percent.

Income group-wise data shows that income group above Rs. 35,000 witnessed higher inflation as compared to other income groups in General, Food and Non-food groups, which stands at 5.1%.

Update: More information on why commodities are expensive in Mithi and a chart was added.