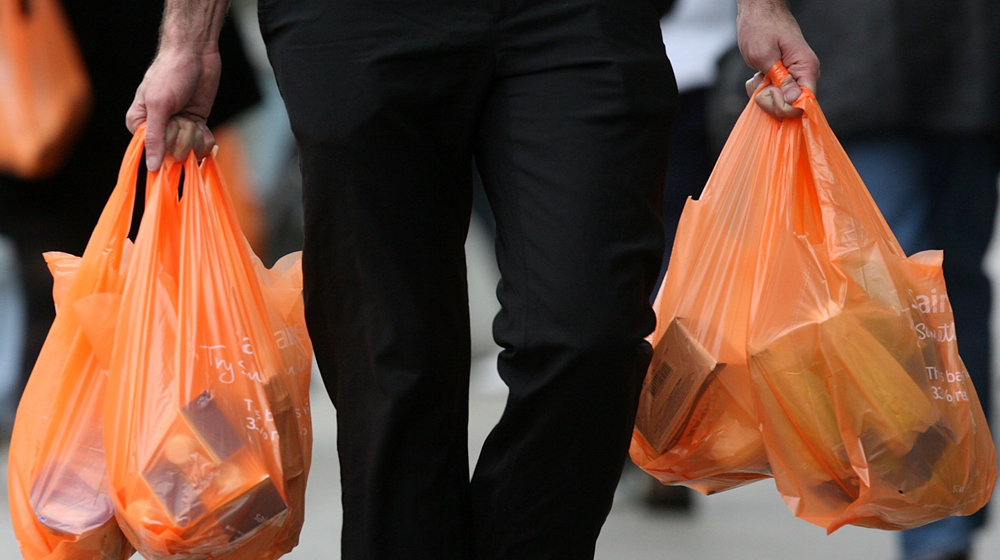 Complying with the orders of the Supreme Court, Sindh Government imposed a ban on the manufacture, sale and purchase of non-biodegradable polythene bags and plastic products all over the province.

The ban was imposed by the Sindh home department with immediate implementation under the Under Section 144 of the Criminal Procedure Code.

As per the notification:

“In exercise of the powers conferred under Section 144 (I) CrPC, the Government of Sindh, do hereby impose a complete ban on manufacture/sale/purchase of non-biodegradable polythene bags/plastic products in the territorial jurisdiction of the province of Sindh with immediate effect till further orders.”

The step was taken in order to control environmental pollution, as well as to avoid choked drains. The measure was also taken in regards with citizens who use non-biodegradable polythene bags/plastic products as carriers for food/drinkable substances or other materials in contravention of the Sindh Prohibition of Non-Degradable Plastic Products (Manufacturing, Sale, and Usage) Rules 2014 and the Sindh Environmental Protection Act 2014.

Officers have been authorized to initiate strict legal action against people or businesses found violating the ban on plastic bags under the Sindh Prohibition of Non-degradable Plastic Products (Manufacturing, Sale and Usage) Rules 2014.

“In pursuance of Section 195(i)(a) of the CrPC the SHO of the police station concerned was authorised to register complaints regarding the issue under Section 188 of the Pakistan Penal Code against the violators of the government order”.

The provincial government also increased the ban on the lifting of sand from the Malir River for another 180 days. Initially, the ban was imposed in the province on 14 September, 2017.

The manufacture of plastic bags as well as its destruction by burning, pollutes the air, land and water. It also exposes workers to toxic chemicals, including the cancer-causing carcinogens.

Plastic packaging is a significant source of landfill waste. It can be eaten by marine and land animals, and prove fatal for their health.

The pollution cased by plastic bags or plastic may not be visible with a naked eye. However, research shows that microscopic plastic particles are present in the air at various locations throughout the world and in all major oceans.

Chlorinated plastic releases harmful chemicals into the surrounding soil, which seeps into groundwater or other surrounding water sources and also the ecosystem which causes serious harm to the species that drink the water.

The use of plastic bags may seem handy, but if not disposed off correctly, it can prove to be a nightmare for ourselves and our environment.