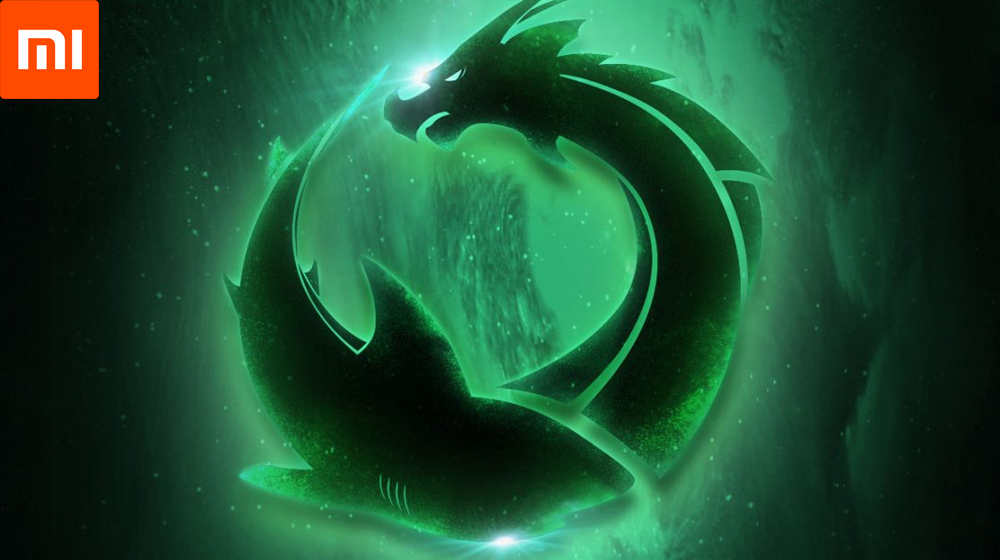 Blue Shark has teased their upcoming gaming phone – will it prove to be a worthy rival for the excellent Razer phone?

Seems like Xiaomi is about to enter the gaming industry as the company is expected to launch a powerhouse of a smartphone dubbed Blackshark SKR-A0.

The listings did not mention a manufacturer, however, it should be noted that Black Shark Technology Incorporated is partly owned by Xiaomi. The company specializes in camera research and development along with OCR solutions. 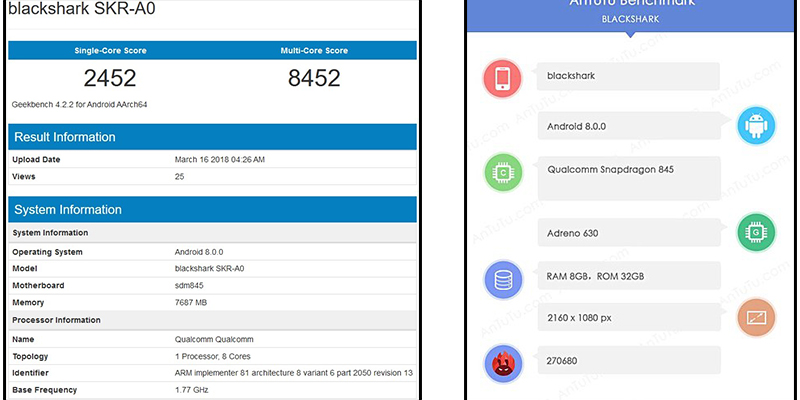 Geekbench on the left, Antutu on the right

The processor scores for the Black Shark phone are much higher than other smartphones running the same SoC, the Snapdragon 845. Rumor has it that it’s due to a new cooling solution which the Black Shark phone is expected to come with, due to this the CPU and GPU can function faster without thermal-throttling.

Black Shark phone is expected to be completely gaming oriented which is why it’s a direct competitor to the Razer phone – we can expect it to come with at least 120 Hz display and gaming features that were present in the Razer phone.

The resolution of 1080 x 2160 px is lower than the rival, however, this means more battery timing and performance paired with an impressive 8 GB RAM, Snapdragon 845, and an Adreno 630 GPU.

It will also have a game center-like feature called “Sharp Space”. 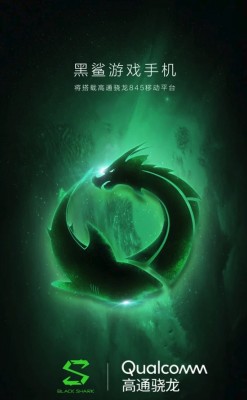 Now, an official-looking teaser poster has surfaced on the web which mentions a Qualcomm Snapdragon 845 chipset and Black Shark’s branding. However, the poster does not mention Xiaomi, Black Shark’s majority shareholder, anywhere.