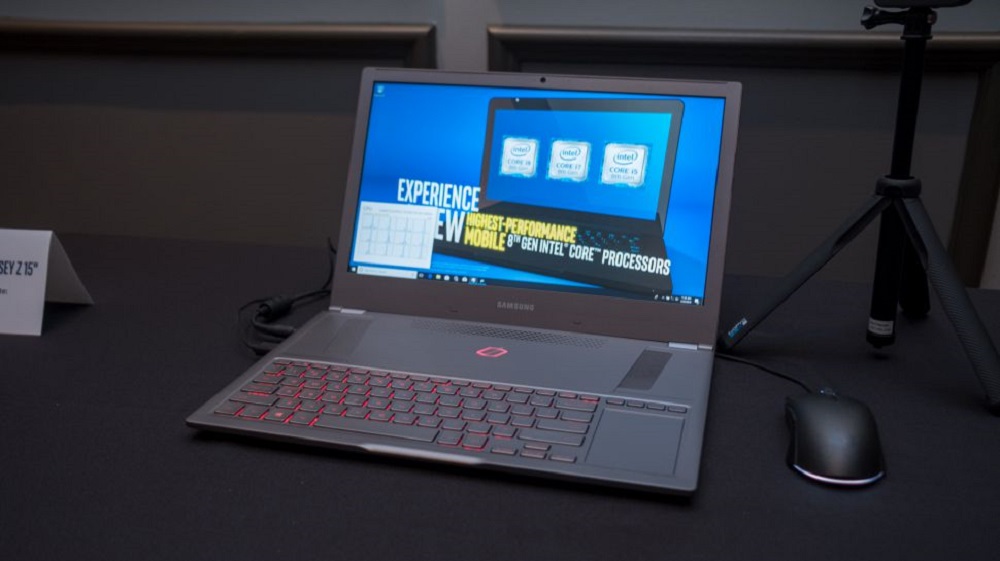 Intel is bringing updates to its existing lineup of hexacore Core i7 processors for laptops, followed by machines running on it. The first among these laptops is the new Samsung Odyssey Z, a gaming laptop which manages to remain silent despite pushing pixels to the limit.

Max-Q and A New Cooling Design 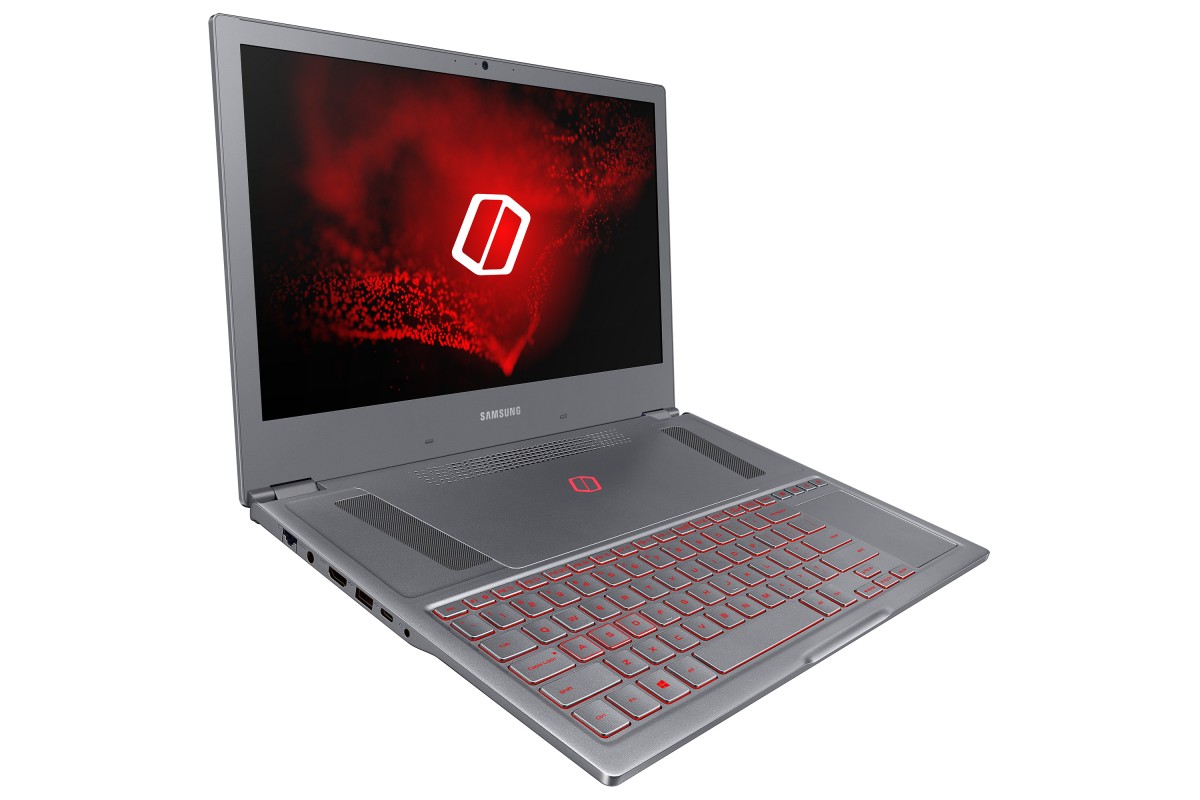 This is made possible through the use of Nvidia’s Max-Q design, which is supported by “Dynamic Spread Vapor Chamber”, which pulls cooler air from the outside to the hotter parts, while also pushing the hot air outside. The airflow covers the entire chassis and has two fans for optimal temperatures. 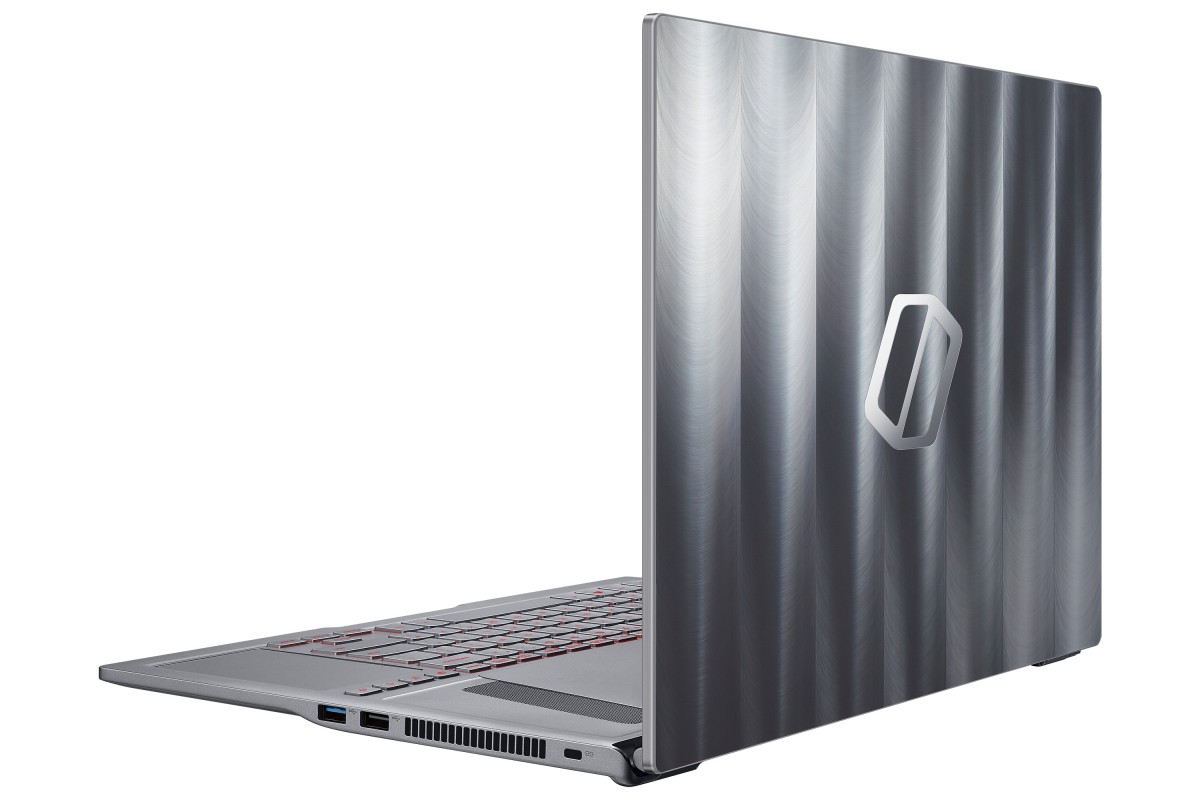 The design tips the scales at 2.4kg, not very far off from Samsung’s recently unveiled Notebook laptops. It is around 18mm thin and comes in Titan Silver color. The display at the front is a 15.6″ FHD panel, with an HD webcam on top.

Powered by Desktop-Grade i7

One of its main highlights is the newly-unveiled hexacore Core i7 processor, which is based on the 14nm++ Coffee Lake architecture. It is accompanied by up to 16 GB of DDR4 memory and 1 TB SSD storage.

Another key component is the 6 GB Nvidia GTX 1060 module which provides all the graphical power. The graphics card is the same as the desktop version, albeit slightly underpowered. There are two speakers for the audio, as well as a USB-C, 2 USB 3.0, a USB 2.0, HDMI, and a mic.

Intel Core i9 and Pricing

As Intel announces its Core i9 chips for laptops, the first few laptops with the new chips are also coming soon, being some of the most powerful portable gaming solutions right now.

The pricing details of the laptop are not known as of now, though, it’ll launch later this month. Competing options cost nearly $2000, though, so expect the Odyssey Z to follow suit.