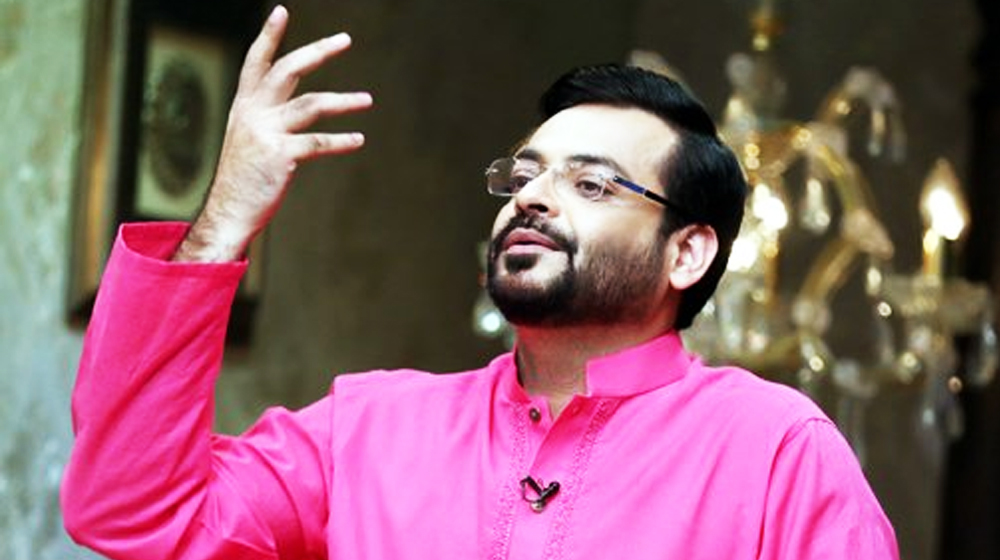 Just when you think Aamir Liaquat has done enough to surprise us, the scholar-turned-politician-turned-anchorperson-turned-celebrity (the list is long and I’m short on words) does something out of the blue to the awe and shock of everyone.

The epitome of drama, Aamir Liaquat will be doing Shab-e-Mairaj transmission on Bol TV, a media house he left for good after quite fiery exchanges with the owner.

If there’s one person who keeps the social media busy, it’s got to be Aamir Liaquat; the Twitterati were still rejoicing his move to join Pakistan Tehreek-e-Insaf (PTI), which itself was beyond our imagination.

Coming back to Bol, Aamir Liaquat had parted ways with the channel during special live Independence transmission on 14th of August last year, later claiming that the channel owed him dues. The anchorperson was replaced by a character wearing vendetta mask in his show ‘Aisay Nahi Chalay Ga‘. The move was later termed as a publicity stunt by Bol as Aamir Liaquat was back on the channel after 17 days despite there being rumors of him joining 24 News or Hum News.

From being banned to appear on TV due to hate speech to starting his own News website, from joining Multan Sultans as the Brand Ambassador and never showing up to working with 24 News and finally (you know why it’s in Italics) joining PTI, Aamir Liaquat can be explained in one word, “Unexplainable”.