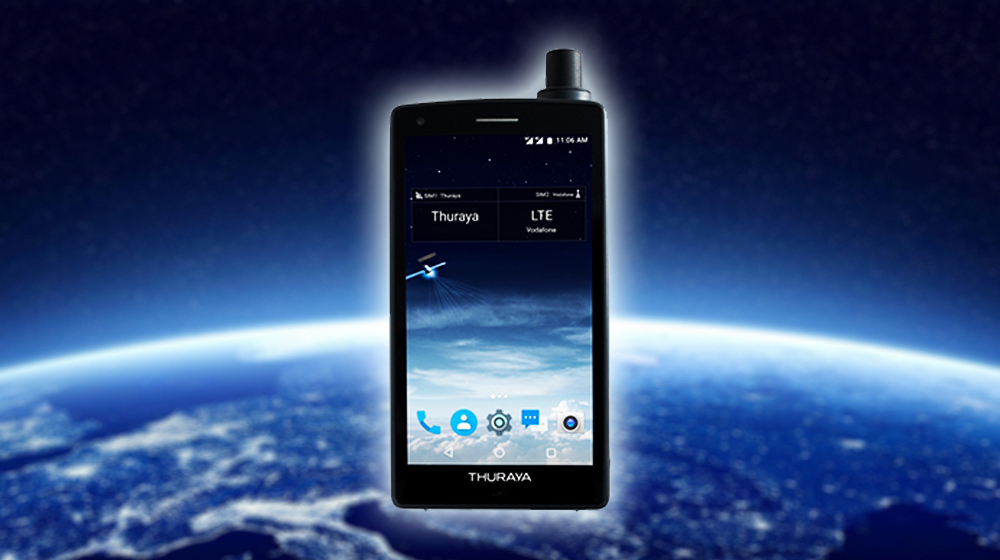 Planning to go off-road? Thuraya X5-Touch is a great travel companion for people who like to visit far-off areas where there’s no GSM coverage and a satellite phone is needed to stay in touch.

Until now, travelers were limited to carrying a separate bulky satellite phone but now, they get a complete smartphone/satellite phone package with the Thuraya X5-Touch which is the world’s first satellite connection capable Android smartphone.

It’s also the first phone which can switch between satellite and GSM connectivity with the push of a button. 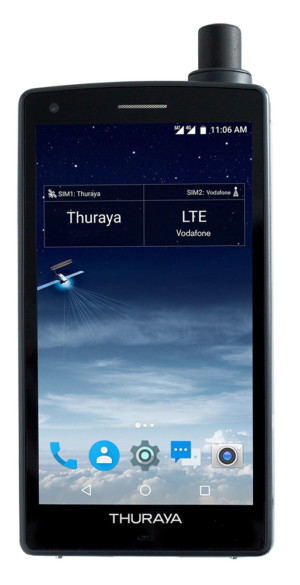 Much like dual sim phones, its status bar displays SAT and GSM connectivity and can easily transition between the two modes. Moreover, a friendly widget is displayed on the home screen which shows the connection the phone is currently using

The best part is that being an Android device, Thuraya X5-Touch gets access to millions of apps in the Google Play Store and will be able to provide the same smartphone experience on a satellite phone – you can finally check your Facebook news feed while camping somewhere in Gilgit.

To complete the package, the satellite smartphone is IP67 certified (dust and waterproof up to 1 meter for 30 minutes) and also has usual connectivity features such as Wi-Fi, Bluetooth, NFC, and GPS. Moreover, there’s also a dedicated SOS button to call for help in an emergency.

Pakistan and China to Launch a Communications Satellite for DTH Services

The company has not revealed detailed specifications but did say that the battery is “high-capacity” and cameras – both front and rear – are also present. Thuraya’s Alexander Lachner said,

The Thuraya X5-Touch is a game-changer and a big step forward in design and functionality, placing it in a league of its own,

Being the first of its kind, it might give rise to a “smart satellite phone” market and allow developers to make applications specifically designed for this kind of phone. In the future, satellite connectivity might become more common and less bulky in smartphones thanks to Thuraya’s innovation.

For now, there’s no release date or any word on price by the company. Keep in touch with ProPakistani to get future updates on Thuraya X5-Touch.