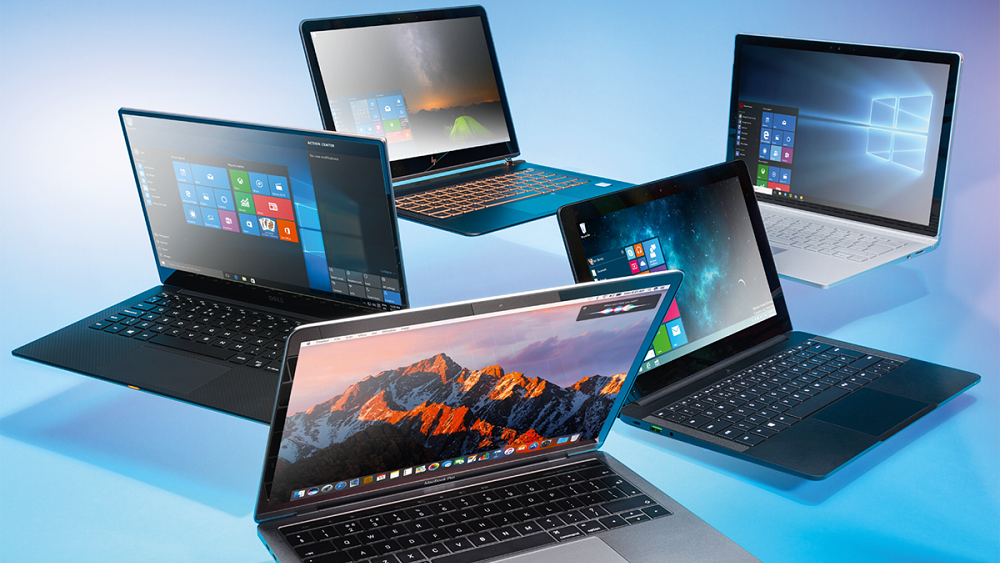 The latest laptop rankings have been released and Lenovo is still dominating the market. Apple lags behind and has fallen in rankings.

Each year Laptop Mag comes out with a list of the best laptop brands in the world, and each year we find plenty of surprises. This year’s list comes with a few twists too but Lenovo still dominated the market. 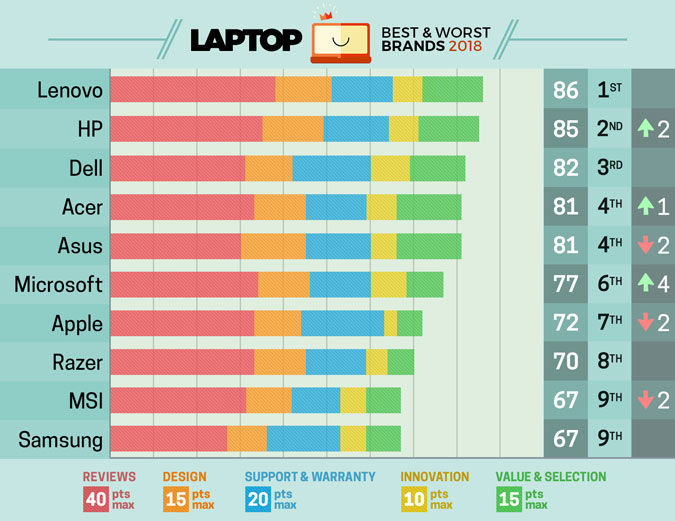 Lenovo topped the chart with an overall score of 86 out of 100. It got nearly perfect scores in reviews and value (with the X1 Carbon being the only laptop with a perfect score last year) but missed out on support and warranty, scoring only 14. This allowed HP to close the gap with its second place, scoring 85.

Dell followed with an 82, missing out on reviews and design, but making up the gulf with improvements elsewhere. Acer also gained a rank, climbing up to the fourth position. One final bright spot was Microsoft, which jumped from 10th to 6th in a year, thanks to its innovation in the surface line.

For Apple, a particularly insulting remark would be the innovation score of only 3, alongside the value of 6. It had the best support at 19, but it was its only bright spot.

Finally, the gaming-oriented MSI had a pretty poor showing all-around, with a support score of only 11. Razer and Samsung clung to their 8th and 10th positions, respectively.