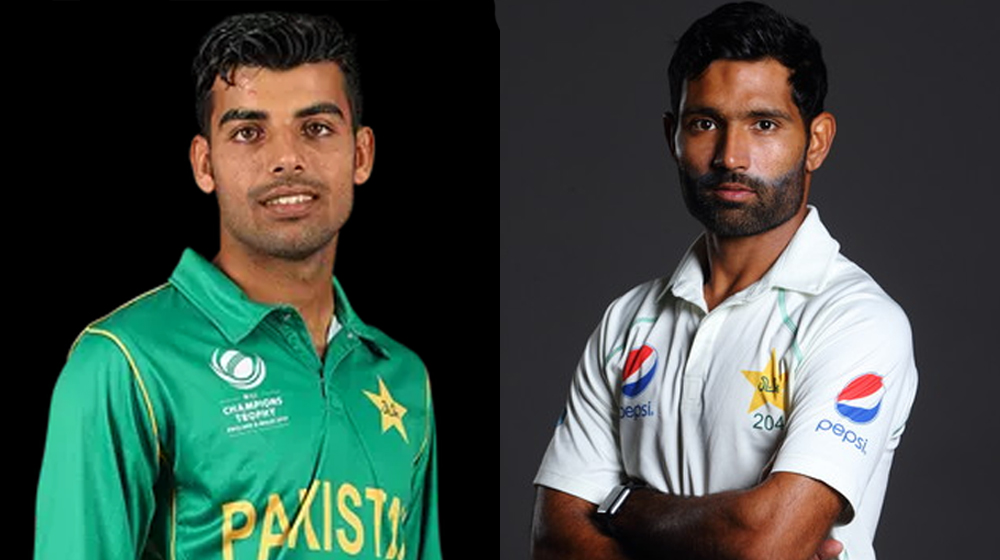 After a disappointing first tour-match against Kent, Pakistan has bounced back against Northamptonshire at Wantage Road.

Northamptonshire won the toss and elected to bat in familiar conditions. However, that did not end well for the hosts as Shadab Khan was content on making an impact in the 2nd tour-match.

The Pakistani magician finally turned up on the big stage as he took 6 wickets on the first day of the tour-match.

Shadab took 6 wickets in his 19 overs after giving away only 77 runs as Northamptonshire were cleaned up for 259. The 19-year-old also managed to get a run-out of LA Procter, who returned to the pavilion after scoring just 1 run.

This is Shadab’s only 9th first-class and this was his career best performance after he took 5 for 82 for Pakistan A in 2016.

PCB Planning to Restrict Player Participation for Other T20 Leagues

English conditions are not always favorable to the spinners on the opening days but Shadab proved in both warm-up matches that he is capable of turning the ball sharply. His efforts helped Pakistan reduce the hosts for 143 for 6 after lunch, who were 104 for 2 going in.

Here are the fall of wickets:

Going into the Ireland-England series, Shadab can prove to be crucial as most foreign players do not face quality leg-breaker bowlers on a regular basis. This is also the reason why Yasir Shah managed to achieve so much success in such short amount of time. Hopefully, Shadab can follow in his footsteps and have a long and lasting career.

In response, Pakistan looked to be in trouble as both the openers — Azhar Ali and Imam-ul-Haq — returned to the pavilion after scoring 9 and 11 runs respectively. It was then up to Haris Sohail and Asad Shafiq to stabilize the innings and they did not disappoint.

After a rocky start in English conditions, both batsmen settled in and put on a hefty partnership which saw Haris get 79 runs whereas Shafiq ended his innings on 186 not-out. Babar Azam also stepped in with a quick 57 off 83 deliveries.

This performance by Asad Shafiq is important for many reasons especially because Asad, along with Azhar Ali and Sarfraz Ahmed, is the most senior player in the squad and they have to lead from the front.

Shafiq showed great composure and astute technique to not only safeguard his interest at the crease but also score heavily as he found the boundary quite often. He faced a total of 281 deliveries and 16 of those went for a four and 6 of them cleared the boundary.

Here are the highlights of Asad’s magical knock:

With his experience and talent on display, Pakistan can expect him to deliver going forward in the Ireland-England series.

Pakistan managed to get a total of 428 runs on the board. Shadab again struck twice in the 2nd innings as Northamptonshire currently lead by 71 runs with 5 wickets remaining on day three of the four-day tour match.