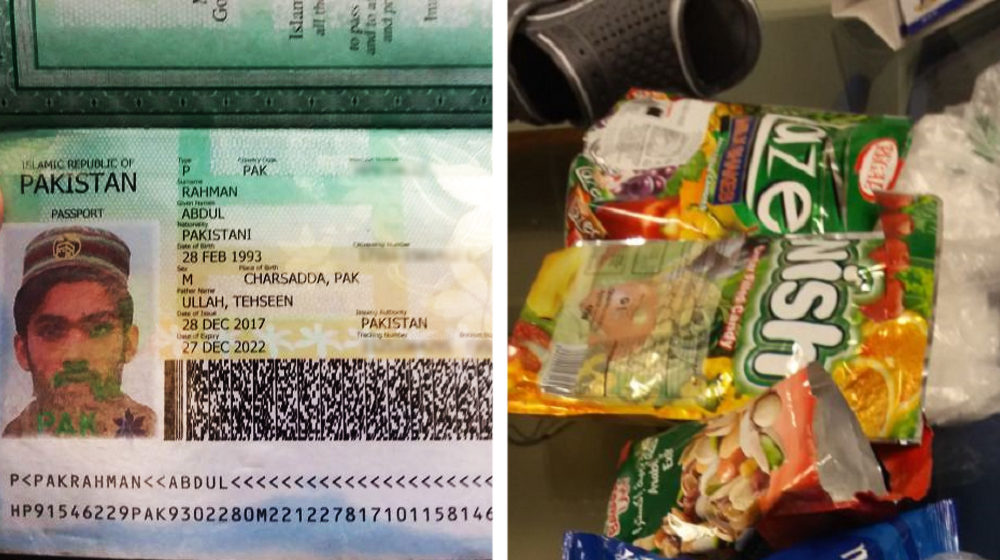 A Charsadda man has been held in Peshawar by the ANF for trying to smuggle heroin hidden in candy wrappers to Sharjah.

A man got arrested at the Bacha Khan International Airport (BKIA) in Peshawar after the authorities caught him smuggling 1.46 kilograms of drugs. Apparently the accused, who belongs to Charsadda, hid the drugs inside candy wrappers to avoid detection.

Officials say that the culprit Abdul Rehman, who was traveling to Sharjah via flight G9-555, was handed over to the Anti-Narcotics Force (ANF) after being discovered. He was found attempting to smuggle ice heroin using toffee packets.

Pakistani airports have been on high alert against drug smugglers, due to many similar cases coming to the authorities’ attention recently.

Several months ago, British authorities found “unspecified quantities of heroin” in a PIA plane upon its arrival. This led to the removal of 13 PIA employees, including engineers, technicians, and supervisors. The discovery put the national air carrier under an unwanted spotlight.

Pakistani airports have seen a steady spree of drug smuggling-related cases in the past year. We all remember the case of a female Czech national who was caught at Allama Iqbal International Airport, Lahore with 8 kilograms of heroin 4 months ago. She revealed that she had been assisted by a Pakistani and that this was not her first time smuggling drugs from the country, hinting towards the existence of an active drug mafia operating in Pakistan.