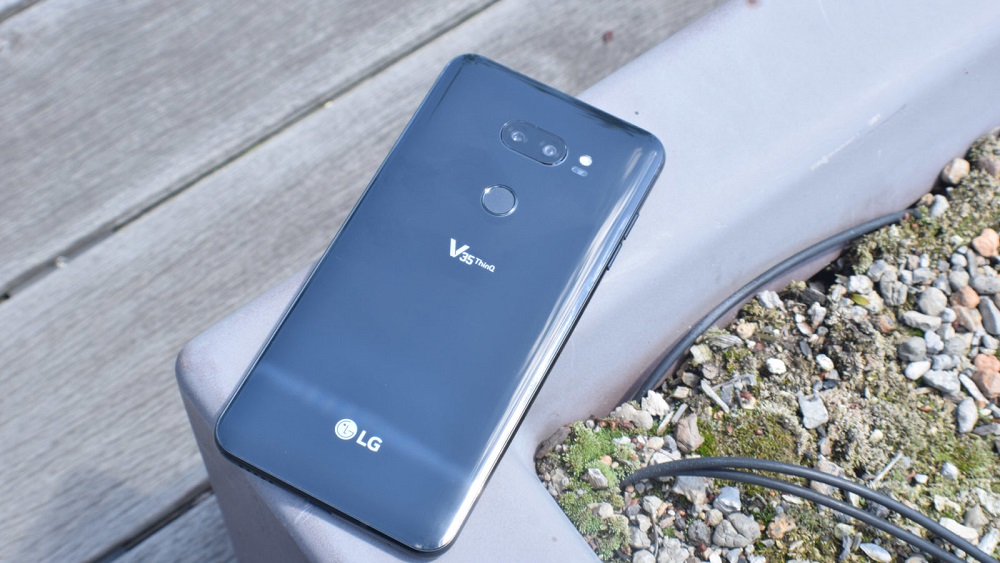 LG V35 ThinQ Reiterates on the V30S with a better SoC and other improvements.

Barely a month after announcing its flagship G7 ThinQ, LG is back with another high-end phone, this time with comparatively fewer changes.

The new V35 ThinQ takes the same basic formula as the largely neglected V30S ThinQ, and gives it a boost when it comes to its internals. The rest of the package is otherwise similar. 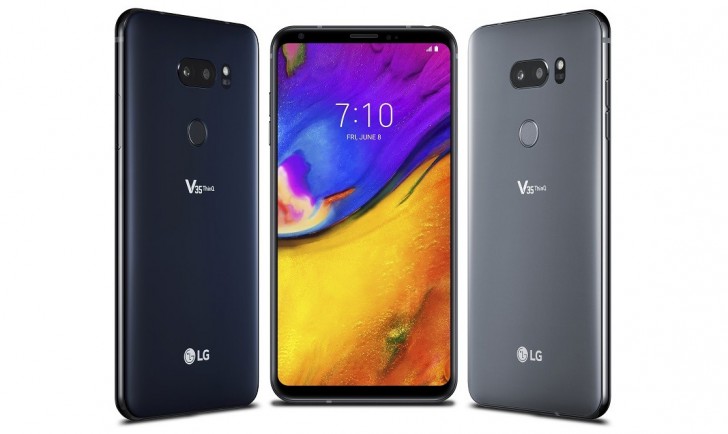 The design of the phone is still pretty much the same as G7 ThinQ, being built of metal, however, the lack of a notch is V35’s defining factor. The bezels are still quite slim, with the phone being IP68 and MIL-STD 810G-compliant, with the phone available in black and grey.

The OLED display measures 6” with a FullVision panel, coming with HDR10 support and QHD+ resolution. The audio is similarly enhanced through bundled B&O headsets, Quad DAC audio, and DTS:X with 7.1 surround sound.

This is where the phone itself differs from the V30S ThinQ, coming in with a Snapdragon 845 chip, instead of the 835. It has two quad-core Kryo core clusters, with 6 GB RAM, 64/128 GB worth storage.

The phone also retains the headphone jack, which would’ve been a terrible loss for audiophiles.

The dual-camera setup on the back comes with a main 16 MP lens with OIS and phase-detection autofocus, while a secondary 13 MP lens will help you find the after-effect of your choice, including the Super Bright Camera mode.

The front camera is a relatively humbler 8 MP lens (the original phone only had a 5 MP one), though, it does support facial recognition and unlock.

The battery capacity of the phone is set at 3300 mAh, while also coming with Quick Charge 3.0

Pricing of the phone is set at $900, though, without any obvious standouts, the V35 ThinQ might struggle to find its own place in the market. We’ll see what happens upon its launch in June.