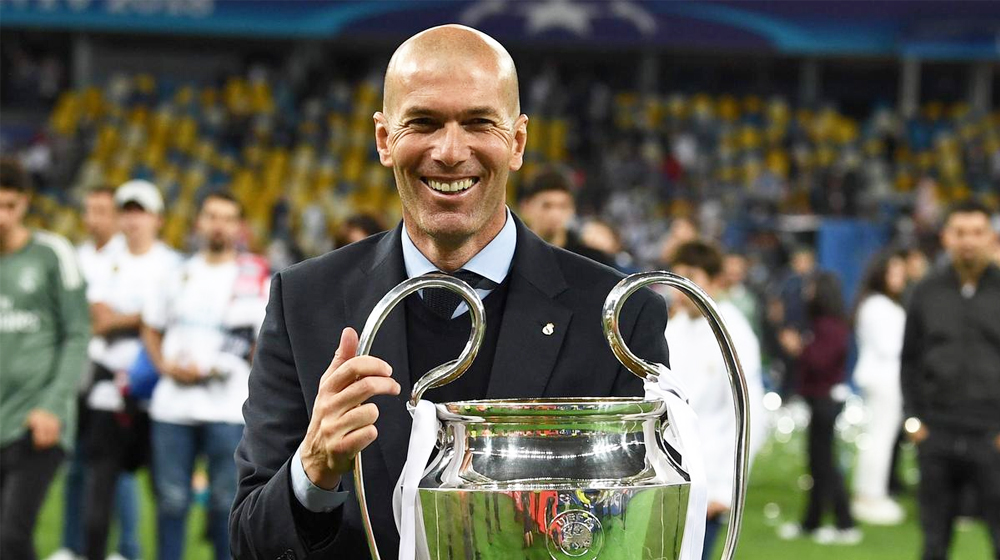 The footballing world has been shocked by the news that Zinedine Zidane has decided to step down as the Real Madrid manager, five days after winning the Champions League yet again.

Despite clinching the Champions League trophy yet again and becoming the first manager in the history of the competition to defend the title successfully, Zidane’s resignation has left everyone scratching their heads.

The president of Real Madrid, Florentino Pérez, said that nobody could have prepared for a news of this magnitude. He claims that he was in shock after he discovered that Zidane has decided to quit.

After winning the Champions League, I wasn’t expecting this. He knows I loved him more than any other player or manager and I have always wanted him by his side.

Zidane called in the press conference on urgent basis but no one expected such turn of events. During the presser, Zidane said his farewell and said:

I have taken the decision to not continue next year with Real Madrid.

After three years, a change is needed. Something different, a different message. I know it’s a strange moment for everyone involved, but I think it’s the right decision.

The team is winning and they need a change to ensure that keeps on happening.

The press was kept in dark and the rumors were that perhaps the press conference was being held for a contract renewal for Zidane, however, that was not to be the case.

Pérez has met with German coach Jogi Low in recent times, who can be a possible successor for Zidane. Mauricio Pochettino, of Tottenham, is another running candidate for the job whereas outgoing Antonio Conte can also prove to be the next Madrid manager.

The rumors in Spain suggest that Real Madrid are asking for a meeting with Italian sensation Maurizio Sarri, who has been linked with Chelsea in the past couple of days.

This is a developing story and we will update as soon as more information is available.