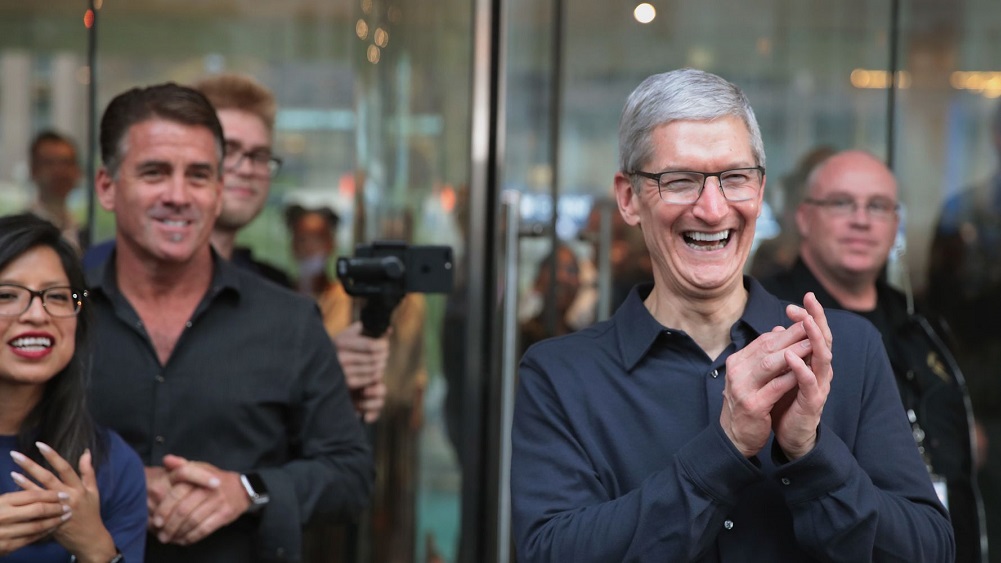 Lo and behold, the most valuable company in the world is now worth a trillion dollars.

Apple just became the world’s first company worth $1 trillion. Cupertino’s shares climbed on Thursday to hit the magic number of $207.5, making it the first ever company to reach a market value of $1 trillion.

The latest surge came when Apple’s second-quarter results of 2018 topped Wall Street’s expectations and sent the stock climbing by more than 5% on Wednesday. The price translated to $1 trillion market value and is based on the current estimated number of outstanding shares.

How Apple Started Out

What started as a small company in a garage in California has turned out to become a behemoth of the tech industry, after the launch of the iPhone, arguably Apple’s most famous product. Apple now sells over 40 million of these devices every quarter propelling it to amass $254.63 billion in revenue last year.

What’s even more impressive is that Apple’s stock price has risen nearly 40,000% since its initial selling in 1980. 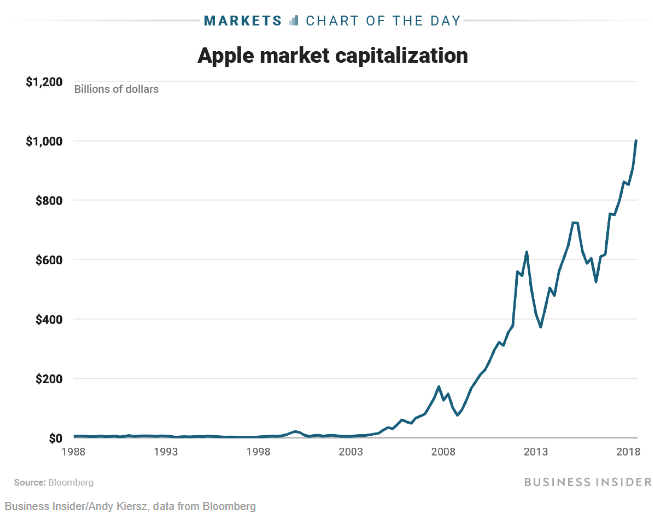 What’s even more impressive is Apple’s non-hardware services that are fueling Apple’s continued growth. On Tuesday the company reported Apple Services, which include things like Apple Store and Apple Music, witnessed a 31% jump in revenue.

Worth More Than The GDP of 26 Countries

After passing the $1 trillion mark, Apple now has a value greater than the gross domestic product of all but 26 major countries, including Argentina, Netherlands, Sweden, and Switzerland according to CIA’s World Factbook.

How Apple Made it

To sum it up, it was Steve Job’s vision that brought Apple into existence and made it a world leader of technology but it was Tim Cook’s acumen that tipped the company over the $1 trillion mark especially when other companies like Samsung are facing problems with sales.

Perhaps the two biggest key factors in Apple’s success are: