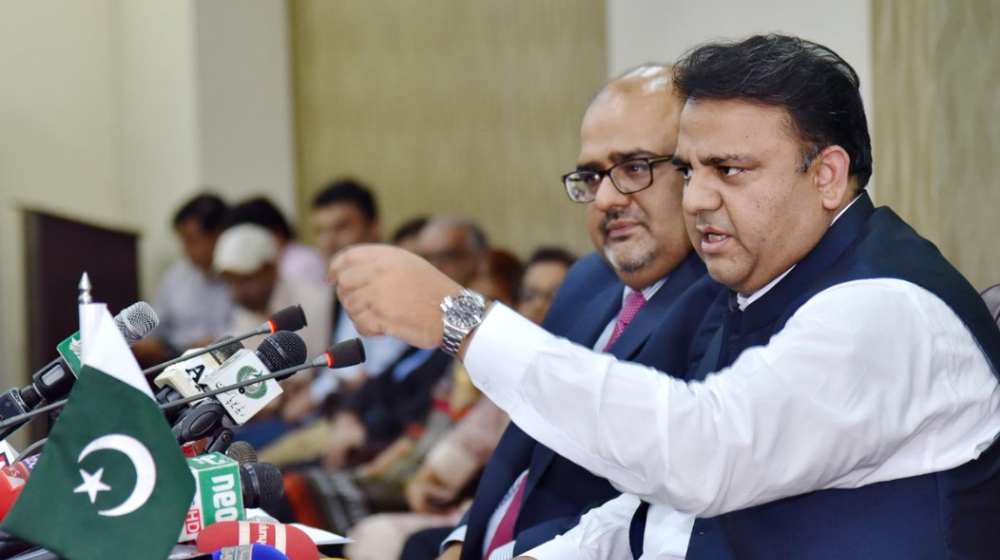 PM’s new legislation will reward you with a 20 percent share if you help recover illegal funds stored in foreign countries.

Federal cabinet has decided to introduce a law through an ordinance providing for reward worth 20 percent for helping recover the looted money stashed abroad.
~Minister for Information and Broadcasting Chaudhry Fawad Hussain pic.twitter.com/N2Mwx8YFMu

Whistleblower law will compensate any people who help recover any illegal money that was moved abroad with a 20 percent share of the total amount recovered. The law also ensures that the names of the informers will be kept completely confidential.

Minister for Information and Broadcasting, Fawad Chaudhary, along with Special Assistant to Prime Minister on Accountability Shahzad Akbar told the media that the new law is being put into effect immediately.

Other than that, PM’s Special Assistant also told the media that a new legislation on mutual legal assistance is also being issued. It will remove any constraints that have been preventing the authorities from getting information from other countries related to illegal wealth.

It’s already under process, as the Prime Minister has ordered the Ministry of Foreign Affairs to send a delegation to Switzerland that will expedite the ratification of a treaty that makes the exchange of information on bank accounts between the countries possible. According to him, the treaty was signed back in 2013 but was never ratified.

Shahzad Akbar also said that the government has decided to employ official firms that will work to find out about ill-gotten money in offshore bank accounts, and help recover it. Similarly, the firms will receive a share of the amount upon a successful recovery.

Fawad Chaudhary told that eighty billion rupees have been restored and returned back to the Finance Ministry after the abolition of a number of discretionary funds by the Prime Minister, including the previous government’s laptop scheme.

The Prime Minister, realizing the vitality of this new implementation, has asked the relevant authorities to deliver reports related to the new enactment on a fortnightly basis.