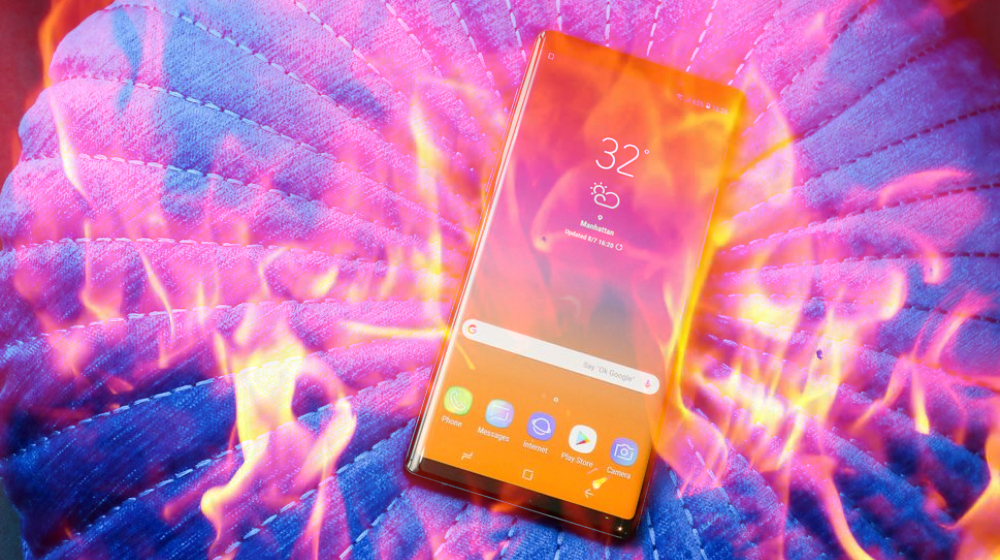 A Galaxy Note 9 burst into flames inside a woman’s purse.

History is repeating itself for Samsung as a Galaxy Note 9 recently caught fire inside a woman’s purse in New York earlier this month.

This incident came to surface after Diane Chung, a real estate agent based in New York, filed a lawsuit against the South Korean Smartphone giant as her Galaxy Note 9 got “extremely hot”, and then caught fire within her purse.

This happened on 3rd of September, Chung placed her phone into her purse but then heard “a whistling and screeching sound, and she noticed thick smoke” coming out of it, as reported by the New York Post.

She quickly emptied her purse on an elevator floor to toss out the phone. The fire kept going till a passerby tossed the burning Note 9 into a water container.

This incident is quite similar to the Galaxy Note 7 horror, when these phablets exploded due to a battery fault. However, Samsung said that its Note 9 batteries are “safer than ever”, and did a number of battery checks to make sure their new $1,000 phone doesn’t catch fire.

In the case of Galaxy Note 7, Samsung had to do a global recall and incurred a huge loss back when it was launched. As for the recent Note 9 incident, Samsung’s response reads,

Samsung takes customer safety very seriously and we stand behind the quality of the millions of Galaxy devices in use in the United States. We have not received any reports of similar incidents involving a Galaxy Note 9 device and we are investigating the matter.

The lawsuit alleges that Samsung’s device caused Chung to be unable to contact her clients, and also left her with a “traumatic” experience. She wants damages and a restraining order to prevent Samsung from selling any more Note 9 phones.