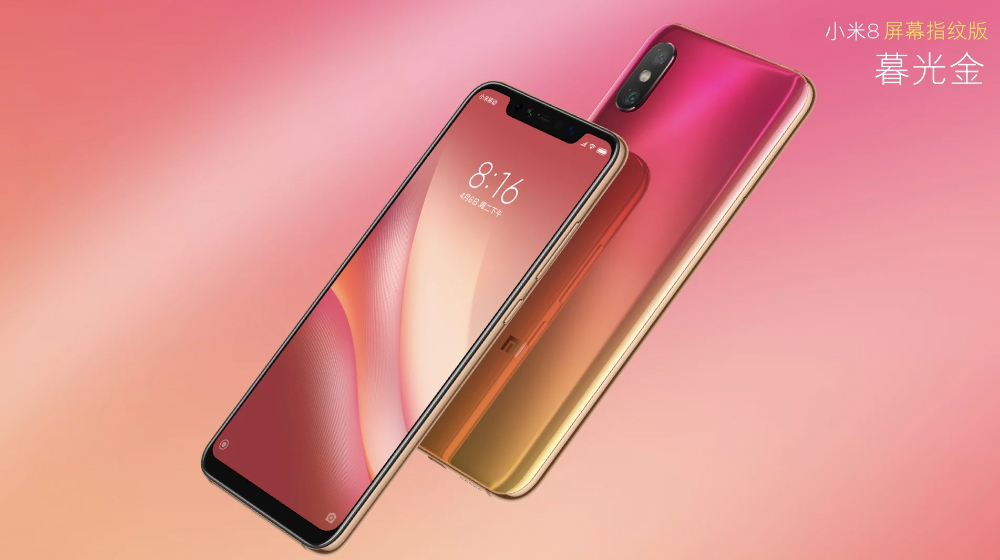 Mi 8 Pro is an improved version of the Mi 8 Explorer Edition.

Alongside the recently unveiled Mi 8 Lite, Xiaomi has announced another version of its flagship Mi 8, called Mi 8 Pro.

The phone was launched at an event alongside the low-spec Mi 8 Lite. The pro version has an under-display fingerprint sensor and even has a transparent back option like the Mi 8 Explorer Edition.

Mi 8 Pro has flagship-level features and brings notable improvements over the previous Mi 8 duo. Read on for details. 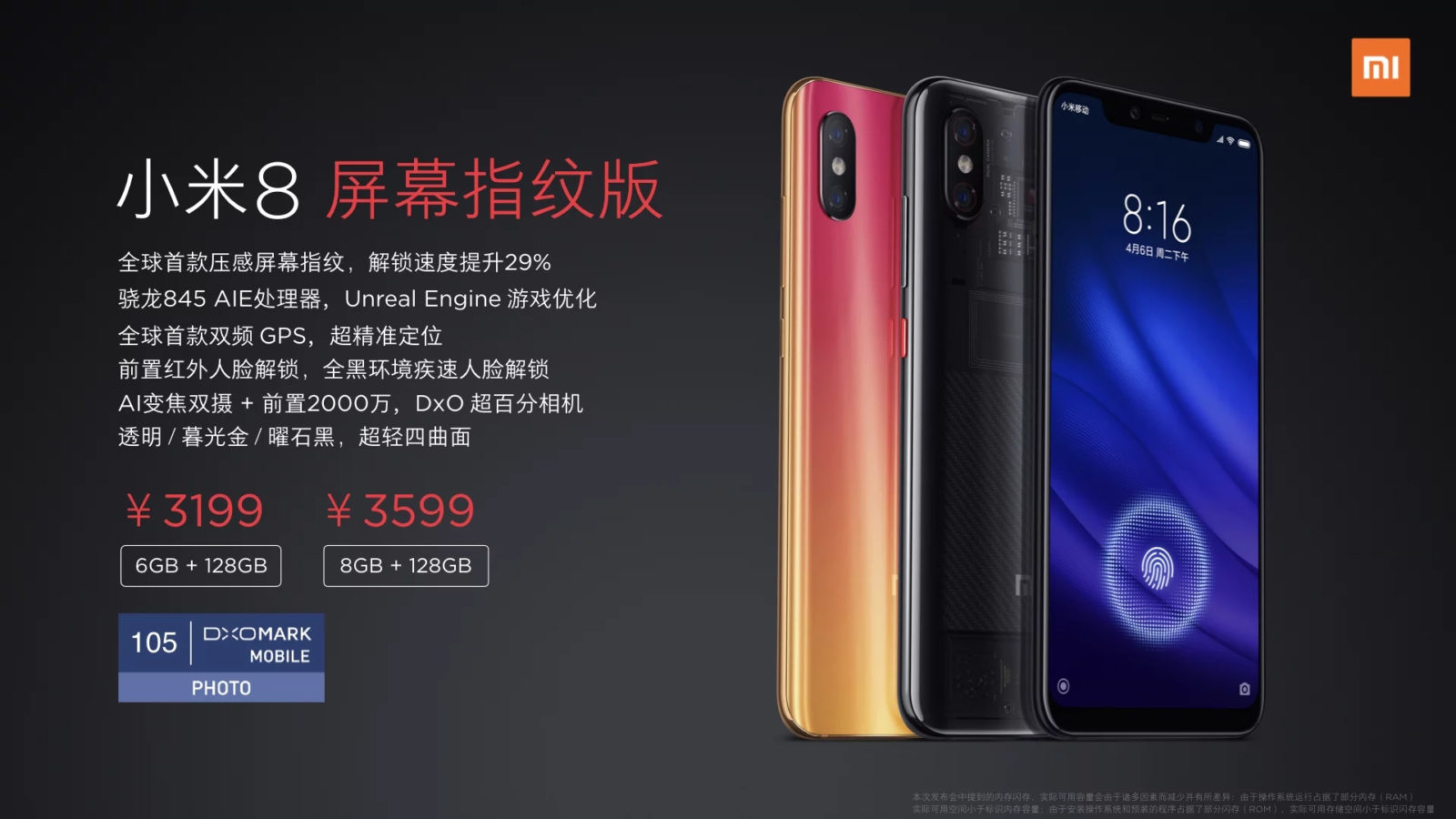 Xiaomi’s latest phone has a familiar notched design and looks quite similar to the Mi 8 duo. This one, however, has a gradient colored design on a premium glass body, with an under-display fingerprint sensor.

As compared to the Mi 8 Explorer Edition, the under-display fingerprint sensor on this one has been improved – Xiaomi says that it’s 29% faster and 8.8% more accurate.

In addition to the in-display fingerprint reader, the Mi 8 Pro also has an IR facial recognition unit on the front, just like the Mi 8, so you can switch between the two unlocking methods on the fly. 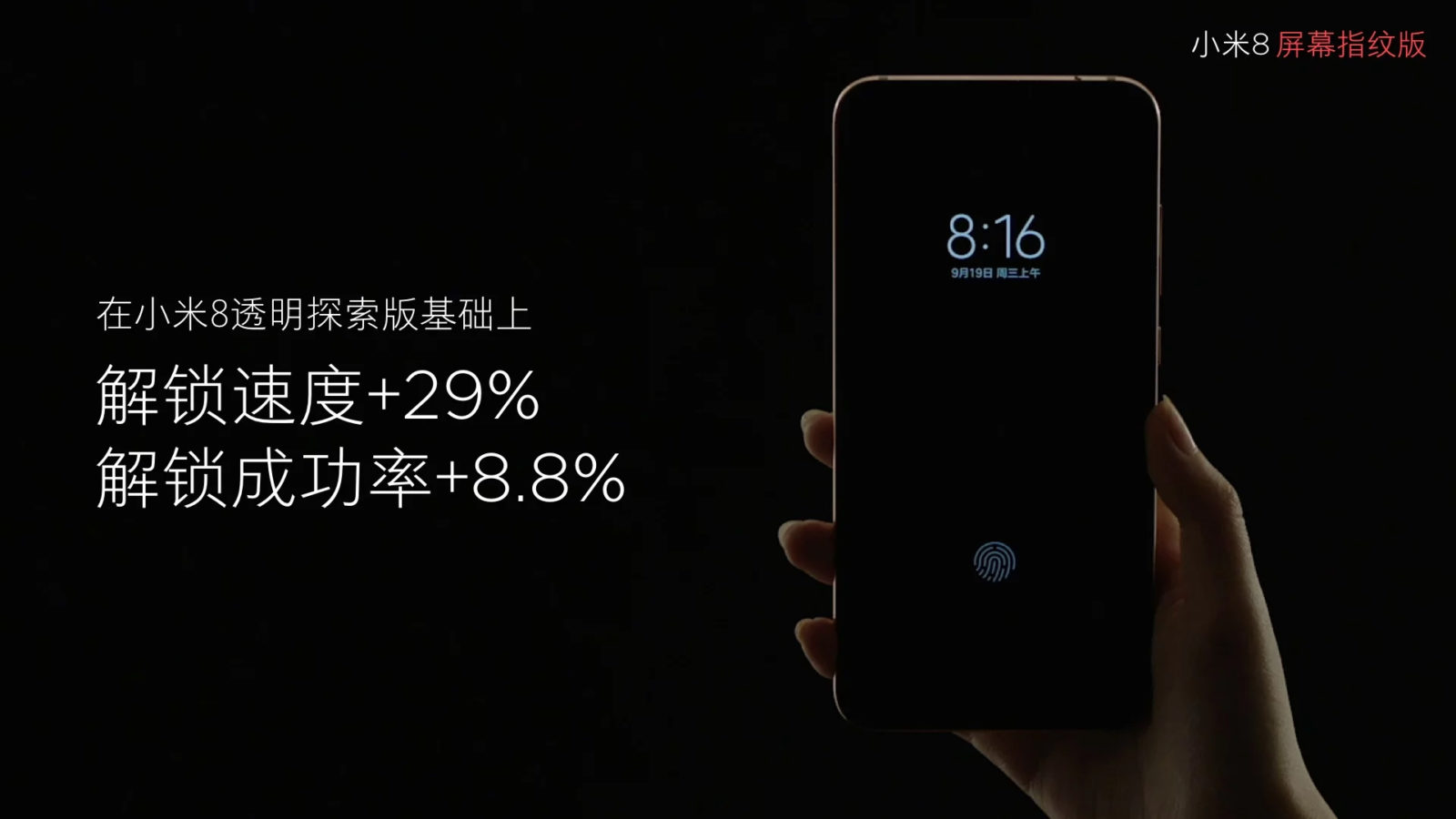 Internal specs are the same as Mi 8. A top-end Qualcomm Snapdragon 845 runs the show, with two RAM options of 6 and 8 GB. The Mi 8 Explorer Edition only had one 8 GB version, so this new model adds another 6 GB option.

Internal storage is the same for both RAM options, at 128 GB.

Mi 8 Pro gets the best camera set up offered by Xiaomi on a smartphone. There are two cameras on the rear, both cameras shoot 12 MP photos but at f/1.8 for the primary one and f/2.4 for the secondary shooter respectively. The set up also has OIS and lossless optical zoom on board.

On the front, a single 20 MP selfie camera sits within the notch. It has a f/2.0 aperture, with all the latest AI beautification and portrait mode features. The software is Android 8.1 Oreo, with Xiaomi’s latest MIUI 10 skin on top.

Moving on the battery, Mi 8 Pro has a decent 3,400 mAh unit with fast charging support. It has a transparent back, but is also available in two normal color variants of Twilight Gold and Ochre Black – both have gradient designs.