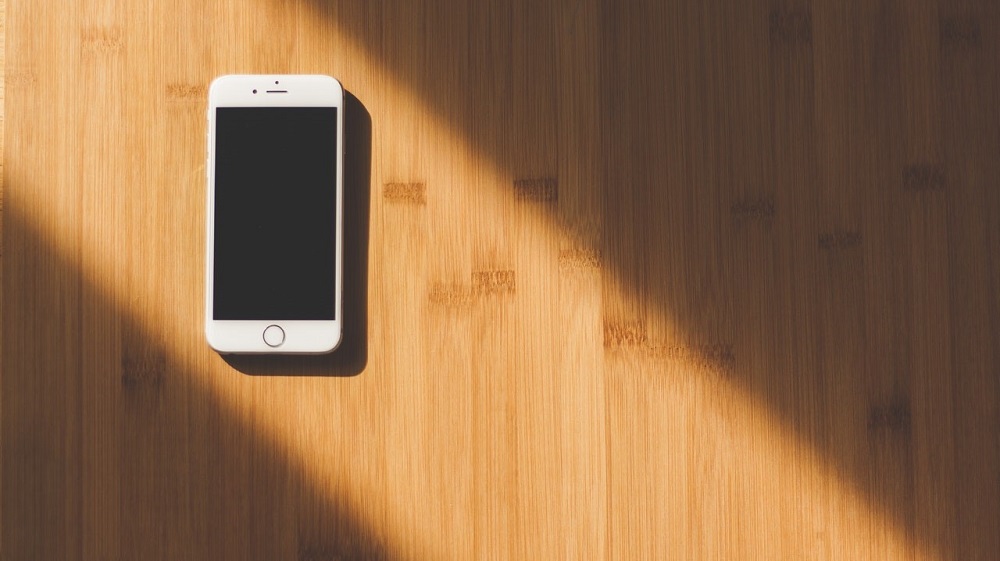 Being an Android (stock Android) lover, I own a Google Nexus 6 and have been using it for the past three years. Even though I really like this phone, it isn’t without its faults and the lack of support for recording at more than 30 FPS (read: no slow-mo) is the one that I find the most annoying.

I have been in the market for a good, reasonably-priced phone for a while now. However, recently, I had to go on a trip to Azad Kashmir with a group of friends, and being a photography enthusiast, I needed a phone with a decent camera and support for slow-motion videography (must!). I faced a dilemma, either make a hasty decision and grab whichever stock Android phone with a good camera that fit my budget, or just go with my current phone and make crappy videos.

I went with the third option, by borrowing my father’s iPhone 7 for a while. Even though I knew I would miss Android and Google’s amazing HDR-option in the stock Android camera app, I hoped the iPhone’s camera alone would make up for it. This made it my first experience ever living with an iOS device.

Last week, Apple finally released the iOS 12 update for iOS devices and I downloaded it on my iPhone 7 as soon as I got it. Having spent a whole week living with it and testing it out, here is what I think of iOS, the pros, the cons, and every other thing that I liked or disliked.

Disclaimer: This is not a formal review of iOS 12. It is merely an opinion of iOS’s latest version and what an Android user thinks of it, with all its pros and cons.

First, I’ll start off with my annoyances with Apple’s mobile operating system in general, as well as with this specific version of iOS,

Things I hate about iOS 12

Notifications are still not good enough

Apple may call itself an innovator and not an imitator, but in some areas, it could really use some inspiration from others. The notifications on iOS have been a complete mess! For example, if someone messaged me 10 times on WhatsApp, I would get 10 different notifications. Factor in multiple people sending you multiple messages and you wouldn’t even bother opening the notification tray.

For longtime iOS users, this might not seem like such a big problem as they might have gotten used to it now. However, if you have used Android for even a short while, you would be hard put to make sense of iOS’ notification hell. Before the iOS 12 update, I wouldn’t even bother glancing at the notification tray if I had more than a couple of notifications. I just used the number indicator beside each app’s icon to see the number of notifications it had and I don’t know what I would have done without it.

Even though my Nexus didn’t get an update after Android 7.0 (Nougat), released over two years ago in 2016, it still has a better notification experience than iOS 12. Here is a glimpse of what notifications looked like in Nougat, 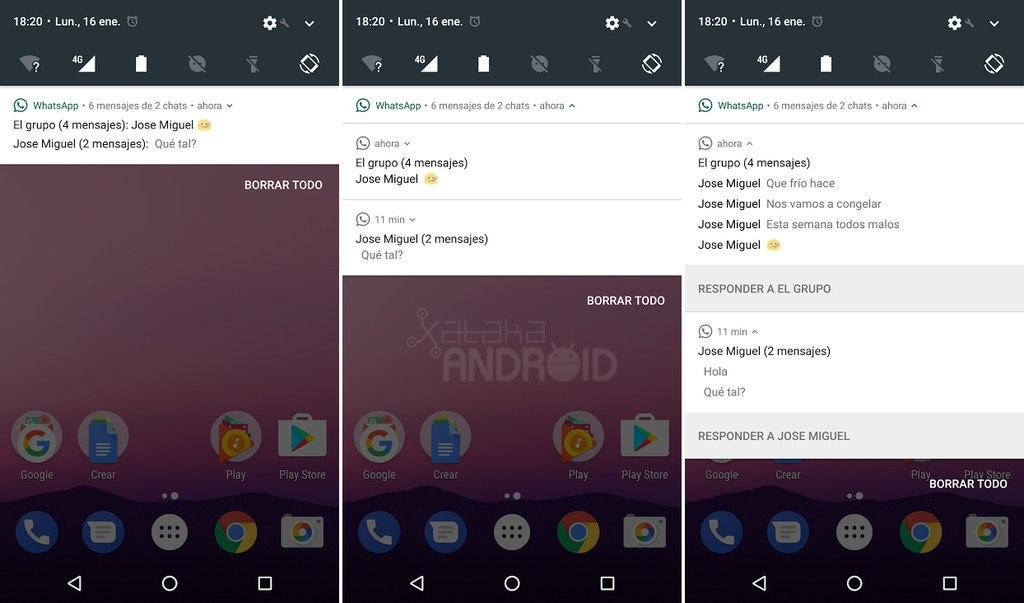 It neatly groups each message into individual chat groups. Moreover, I can glance at the top of the notification to see that I have ‘6 messages from 2 chats’. Now compare that with iOS 12, which only gathers all the notification from an app into a bunch. (Remember Android did this right 2 years ago!) 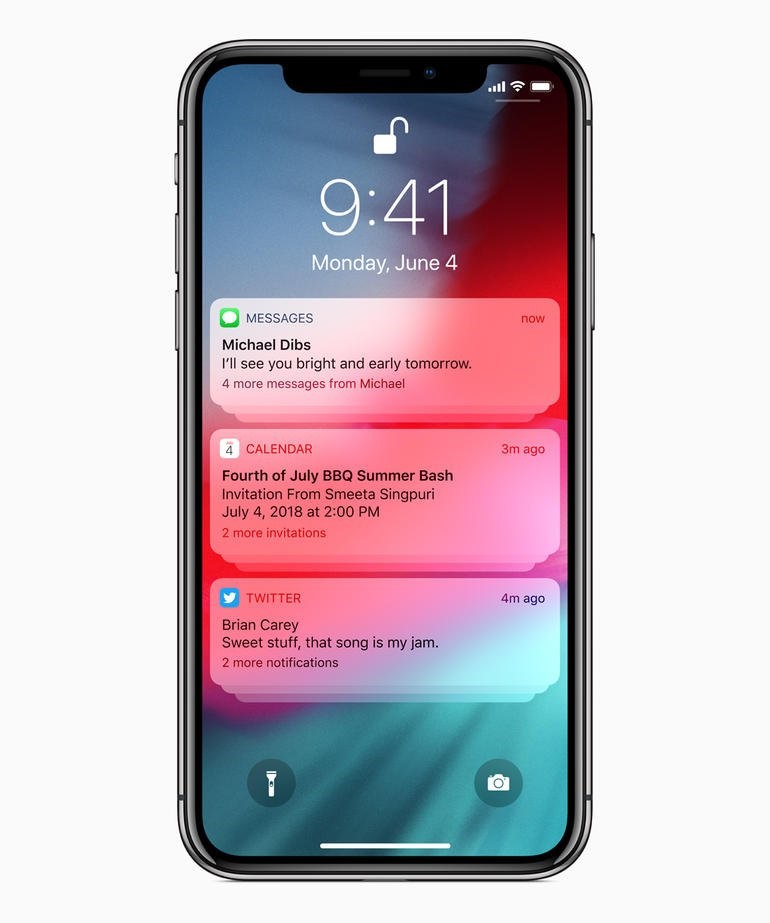 Lack of a Proper File Explorer

I know Apple prefers to keep a tight grip on iOS and maybe this is how it ensures that third-party developers don’t tinker too much, but coming from an open source world where I could run a Linux terminal emulator to run C, Java or Python code on my phone, I am still not prepared for this.

I know this is not what most people look in a phone but for me, this is an absolute necessity. Recently, I had to transfer all my photos and videos from the iPhone to my computer (Windows) and I found the whole process excruciatingly frustrating.

I tried everything — Apple’s recommendation to use the default Windows app to import pictures, which kept giving me an Import error after every two seconds; plugged the device in and tried to use Windows’ AutoPlay (File Explorer) to access the contents by copying the 100APPLE folder, which also gave me a ‘Not Accessible’ error; used two third-party software, one of which stopped responding mid-transfer while the other transferred them in a format which even VLC couldn’t read (nor could Apple’s own QuickTime player).

In the end, I had to transfer all the videos to Documents on the iPhone and use VLC’s iOS app to create a local connection over WiFi, which allowed me to download each photo/video one by one by clicking on them (there has got to be a better way).

I know there must be a better way that I haven’t come across yet, but this shouldn’t be needlessly hard.

Things I love about iOS 12

I admit this is still one of the biggest issues about Android phones. Most Android phones (not all) tend to get at least a little sluggish over time. However, I think Google has finally managed to fix that problem with the recent updates and most modern Android phones you buy today will never experience that problem, or the impact won’t be that big.

Having said that, I will always be a fan of iOS for being so smooth, so consistently. It never misses a beat and I can expect the phone to be there and ready when I need it — not something I could have said for my previous phone. And contrary to the popular belief that newer updates slow down iPhones, iOS 12 actually managed to do the opposite — it made it a little more fluid and fast.

Back Gesture is Really Intuitive

When I owned an Android, I thought on-screen, touch navigation buttons were the best way of navigation on a phone. But Apple’s approach to using a swipe in from the left might have changed my mind, as it is really intuitive and comes naturally once you get used to it.

I am happy that Google has taken a note out of Apple’s book and has introduced gesture navigation in Android Pie and I would love to try that out to see their take on it.

With iOS 12 and Android 9.0, both Apple and Google have set out to save the users from their worst enemy — themselves. We have become addicted to our smartphones and it’s by design!

Apple’s initiative is Screen Time, an app on your phone that tells you how much you use your phone in a really detailed way. You get usage statistics for each app like when and for how long did you open that app, right down to the minute. Moreover, each app is grouped into a category so you can see exactly how much time you are spending on Social Networking apps.

The app also does a couple of other things like telling you how many times you picked up your phone in a day and how many notifications you are getting.

But the best feature about it is that it allows you to set Usage Limits for each individual app. For example, I can set Facebook to only allow me to use it for 45 minutes per day. After that time is up, it will notify me and also gray out the app’s icon from the app drawer.

You can choose to ignore it, but sometimes, it is enough to know that you have wasted two hours on Facebook to make you close it for the day! Sometimes, all you need is a wake-up call.

Shortcuts, an app made by Apple, is an intuitive way of linking multiple apps together and performing multiple tasks with just one command.

The app is available to download from the App Store and lets you quickly perform tasks on the go or just ask Siri to do it. 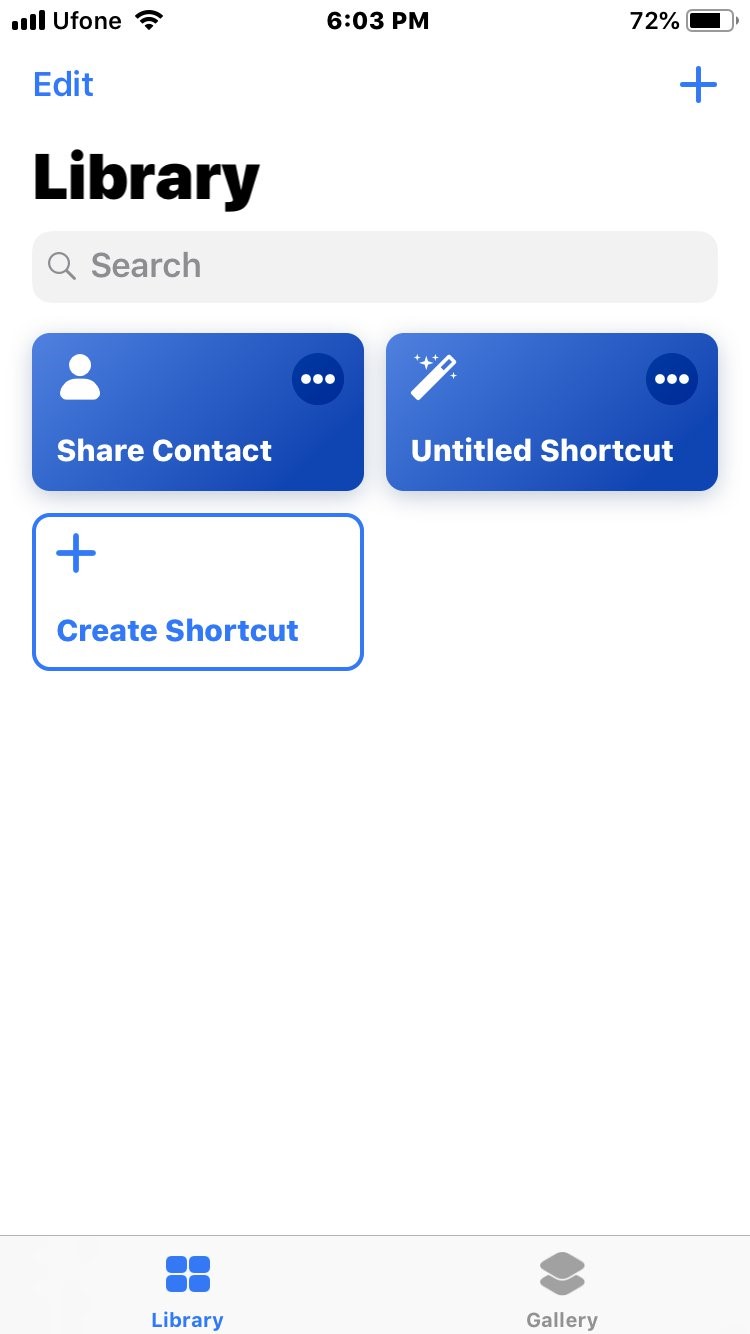 Basically, it captures actions from an app, like sending a message or copying a contact name, and allows you to trigger this action based on an action of another app. For example, I can set a shortcut for sharing a person’s contact, like I made this one.

When I trigger this shortcut, either by asking Siri or pressing on the shortcut icon on my homescreen, it will ask me to choose a contact and then choose another contact, then it will share the first contact with the second one via a text message automatically — just like I set it to do.

It’s pretty intuitive and there are hundreds of combinations you can make, like sharing your current location or a pre-determined piece of text, getting directions to the nearest coffee place everytime you search for it and more. 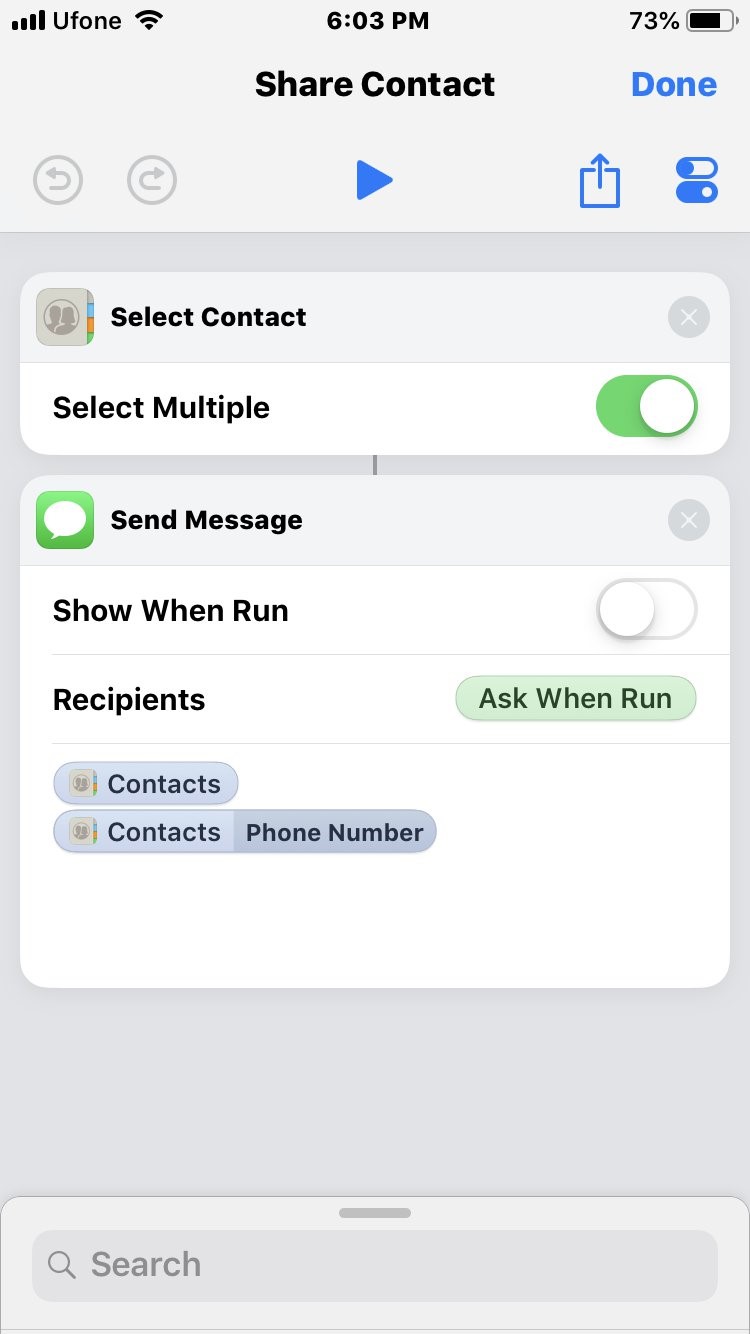 It’s quite similar to what Google has been doing with its Assistant and their Actions on Google project.

Coming from Android and Google’s amazing Photos app, I didn’t expect much from the Photos app on iOS. However, it has still impressed me and, although Google’s offering far outweighs Apple’s with its free storage and amazing search, the app on iOS isn’t bad either. The built-in editor works really great, thanks to its non-destructive editing capability.

Also, I really liked some of the videos that the Photos app created for me on its own from my collection of Photos and Videos. It also gives you easy-to-use editing controls, allowing me to do some really decent bit of editing on the go. And if that’s not good enough, Apple’s iMovie software should satisfy your thirst (it certainly satisfied mine).

I am still living the iPhone life, loving the fluidity and cursing the annoying little things, but I plan to move back to Android as soon as I find a good enough camera phone in my price range. iOS may be amazing but it certainly isn’t my cup of tea, not yet.