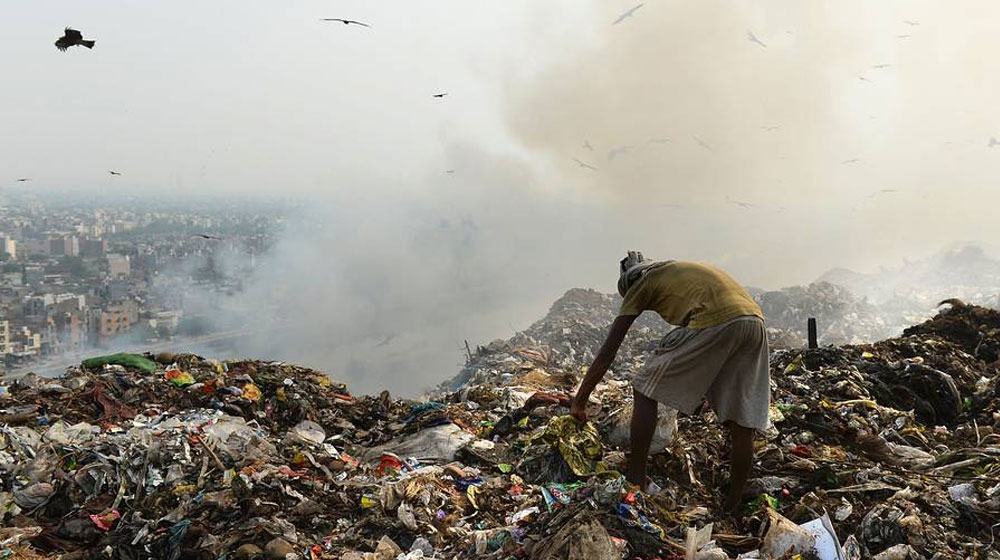 Air pollution is killing us. But don’t take my words for it. The latest report of  World Health Organisation (WHO) reveals that up to seven million people die prematurely every year due to air pollution

The study shows that air pollution in Mediterranean and Southeast Asia regions is more than five times above the WHO’s recommended limits. Most of these cities are densely populated and have more than 100,000 inhabitants.

Of 20 cities, India is home to 15 most polluted cities around the world. Whereas, six Indian cities make it to the top ten of the list. 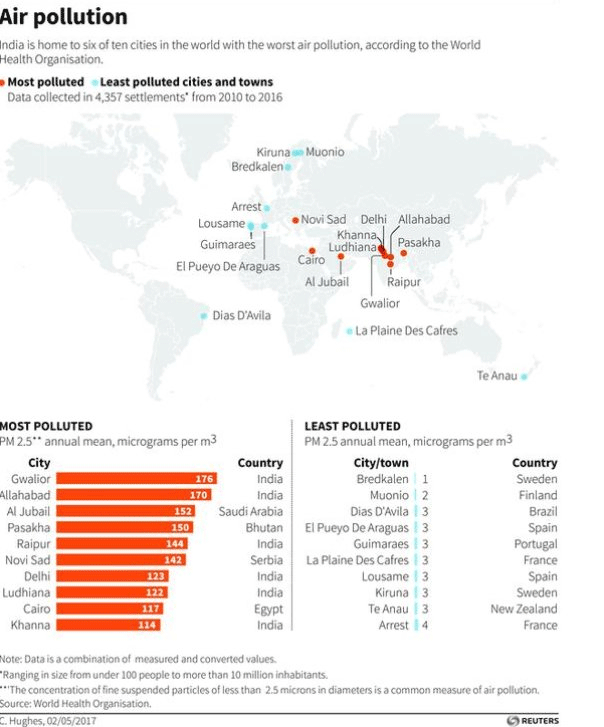 World Economic Forum’s (WEF) head of regional agenda for India and South Asia, Viraj Mehta, believes India has a large amount of work to be done to curb the air pollution crisis.

“Prime Minister Modi in his 2018 Davos speech termed climate change one of the critical challenges facing civilisation. However, a lot still needs to be done to match India’s global ambitions with domestic realities where related problems like air pollution are as acute in the rural areas as in urban,” he says.

The air pollution is a major environmental risk to health. The fine particles in polluted air enter the lungs and cardiovascular system and become a major cause of strokes, heart and lung diseases. 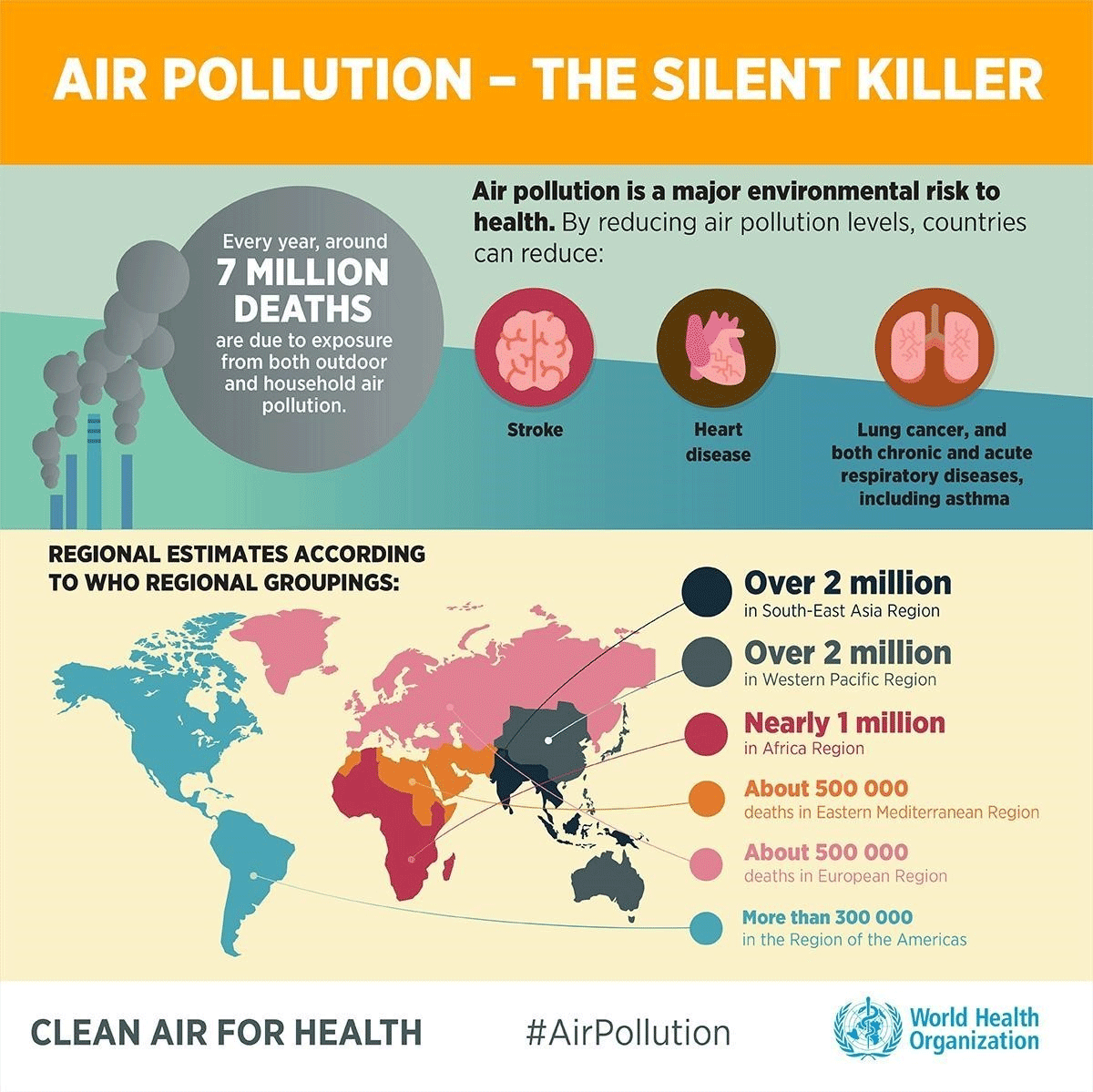 There are annually up to seven million premature deaths due to polluted air. As per WHO report, an estimated 4.2 million people die every year due to outdoor air pollution, and 3.8 million by household air pollution –caused by cooking with polluting fuels such as kerosene, biomass (wood, animal dung and crop waste) and coal.