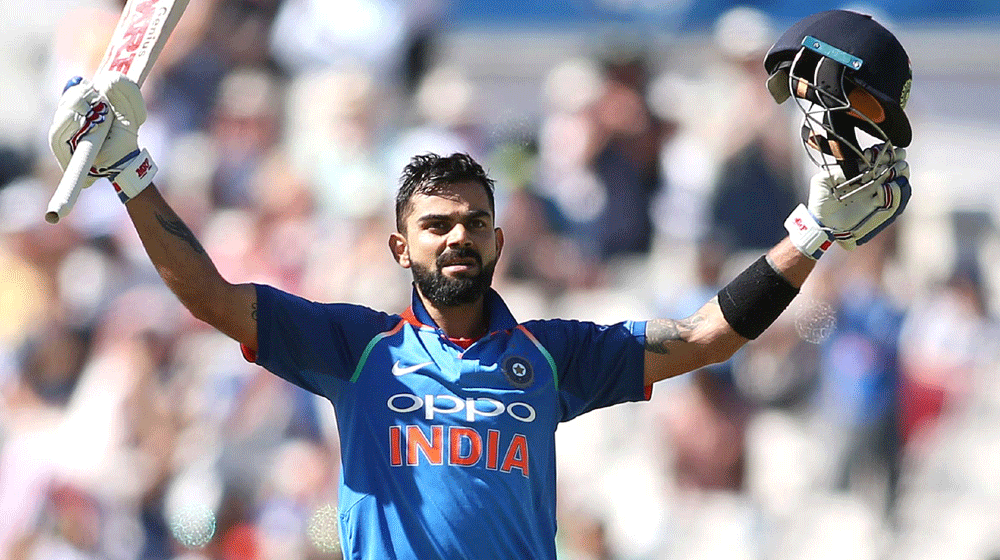 Virat Kohli the unstoppable has crushed all the records to become the fastest batsman to reach 10,000 One Day International (ODI) runs milestone.

He achieved this remarkable feat in the second ODI against the West Indies at Vishakhapatnam. Kohli needed 81 runs to achieve the milestone when he walked into the ground but went on to play a blistering 150 plus inning to help India get past 300 runs mark once again.

The Indian captain regards Sachin Tendulkar – one of the all-time great batsman and the previous record-holder as his Guru, mentor and idol. It took him only 205 ODI matches to get here; 54 lesser than his favourite batsmen.

With this record, he became 5th Indian and 13th batsman overall to enter the 10,000-run club. This achievement is the fastest regarding the number of matches played as well the time taken since the debut. Kohli took 10 years and 67 days since his debut to reach the milestone.

The Delhi-boy has recently surpassed Sir Viv Richards and Tendulkar’s records to become the fastest to get 6,000 Test runs, coming against England in August.