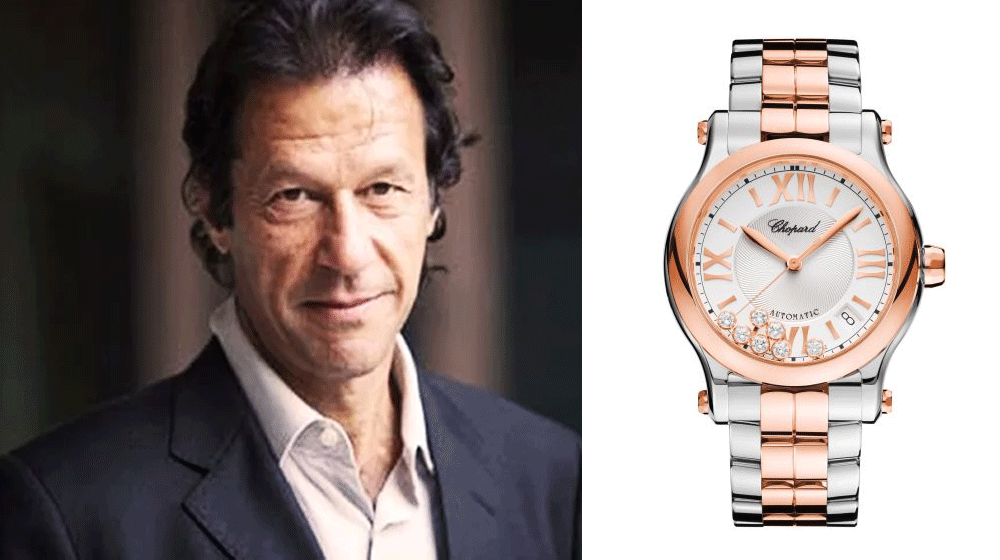 Prime Minister Imran Khan has set another example of patriotism by depositing a gift worth millions of rupees to the national exchequer.

As per media reports, the watch was from Swiss watchmaker Chopard’s Happy Sport 36 MM Automatic that comes with 18-carat rose gold, stainless steel, and diamonds.

According to the law, PM Imran could have kept the luxurious present for himself after depositing 10 percent of the gift’s price to the national treasury. But Khan, instead of keeping it, submitted it to the exchequer.

This might remind you of an incident back in 2010 when the Turkish First Lady donated her jewelry worth Rs. 200,000 to flood affectees, but the necklace vanished from the treasury and was later found with the wife of the then Prime Minister Syed Yusuf Raza Gilani. When asked if she had paid for the necklace, it was reported that the former PM’s wife had ‘lost’ it.