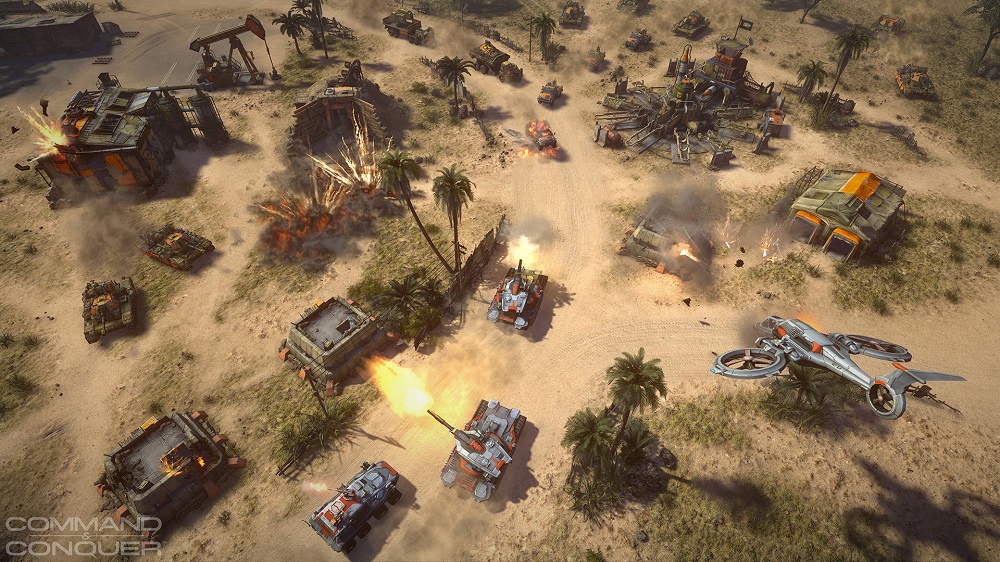 Real-time Strategy is one of the oldest genres in video games and used to be extremely popular in the early 2000’s.

One of the most popular and genre-defining series back then was Command & Conquer (C&C). Most of you might have heard or played some of them, like the C&C Tiberian series or the Red Alert series. C&C Generals was the last one to be released (around 2003), with no other sequel of any sort made after that.

According to the latest news, EA has decided to remaster the older games in 4K. The original Command and Conquer (also known as C&C Tiberian Dawn) and its sequel (or prequel) Red Alert will be remastered.

Today, I’m thrilled to tell you we are going back to the beginning. We have decided to remaster Command & Conquer: Tiberian Dawn. And while this is incredibly exciting on its own, we’re also aware of how passionate the community is about the Red Alert universe.  So, we will also remaster the original Command & Conquer: Red Alert™.

EA will be handling the project with Petroglyph Games. The developer is known for making its own RTS games like Grey Goo and Star Wars: Empire at War. Another reason for this partnership is because the studio also retains, “many of the original developers from Westwood Studios, and some of the most influential members of the original Command & Conquer development team from 1995.”

Both of the games will be released together as a collection along with expansion including Covert Ops, Counterstrike and Aftermath. Jim also said that there won’t be any microtransactions included with the remastered games.

Still a Ways to Go

Before you get your hopes up, EA hasn’t started development on the games yet. However, the good news is that the community will be front and center when it comes to influencing the games’ development. Jim added that the community is “getting in on the ground floor of this project and have every opportunity to help influence how we build this remastered experience.”

EA planned to make a sequel to C&C Generals a few years ago, called Generals 2. It was supposed to be a free to play game, but after receiving feedback from players that participated in the alpha trial, the game was canceled.