Mobile phone companies made a total of Rs. 362.48 billion in net revenues (excluding WHT or GST that they collected from consumers) in FY 2017, latest stats have revealed.

According to official data presented in the Senate — that is available with ProPakistani — mobile phone companies made Rs. 362.48 billion in 2016-17, up from Rs. 320 billion a year ago.

Important numbers worth looking at are Zong and Ufone’s revenues, which came to limelight for the first time in the past few years.

According to official numbers, Ufone saw a negative growth in 2017 as its revenues decreased from Rs. 51.27 billion in 2016 to Rs. 50.98 billion in FY2017. This negative growth was mainly due to the company’s focus on revenue generating customers while it halted new sales activities.

During the aforementioned period, Ufone tried to increase prices to rationalize inflows as compared to its expenses, however, with the appointment of Rashid Khan (CEO, Ufone), the company is once again aggressively pursuing new sales and revenues. Ufone’s numbers are likely to have improved since then but since we don’t have more recent numbers, we can’t say how much Ufone has grown since FY2017.

Jazz grew almost 50% during the past three years, and that’s mainly due to the unification with Warid’s customers. Its yearly revenues reached Rs. 144.04 billion in 2017, that’s almost 30% more than its nearest competitor, i.e. Telenor Pakistan.

Telenor Pakistan’s total revenues stood at Rs. 101.51 billion in 2017, up from 93.81 billion n year ago. The company has been seeing a steady but consistent growth for the last few years.

It must be mentioned here that revenues of mobile phone companies are set to grow further (at least 10-13%) during 2018, mainly due to new customers and the removal of taxes on telecom services.

Figures are in Billion Pakistani Rupees 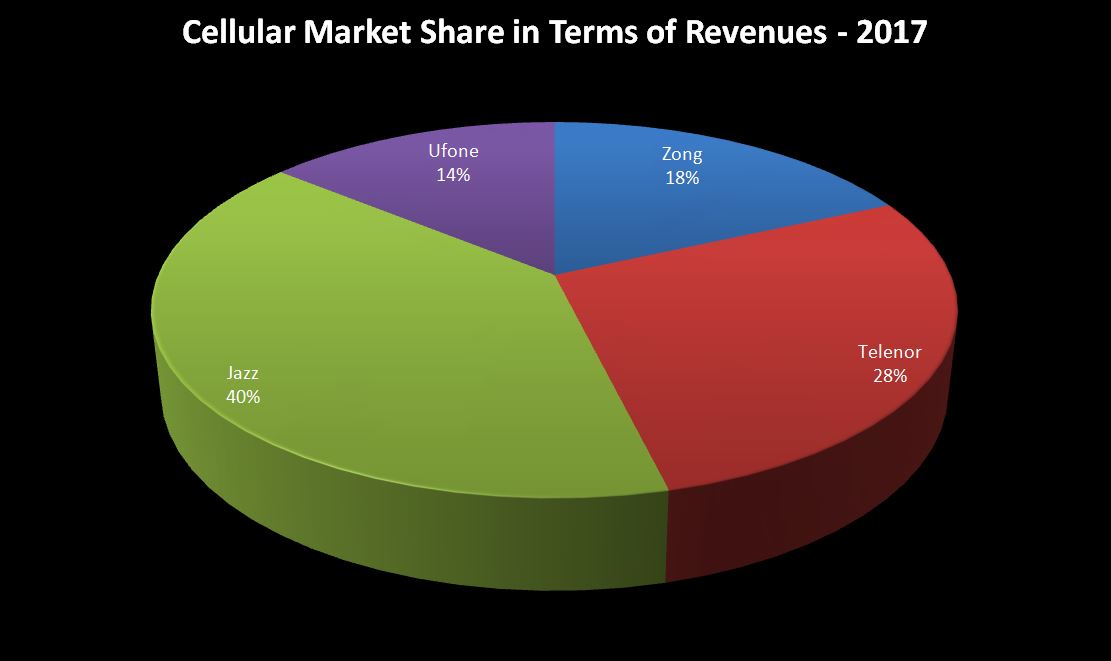