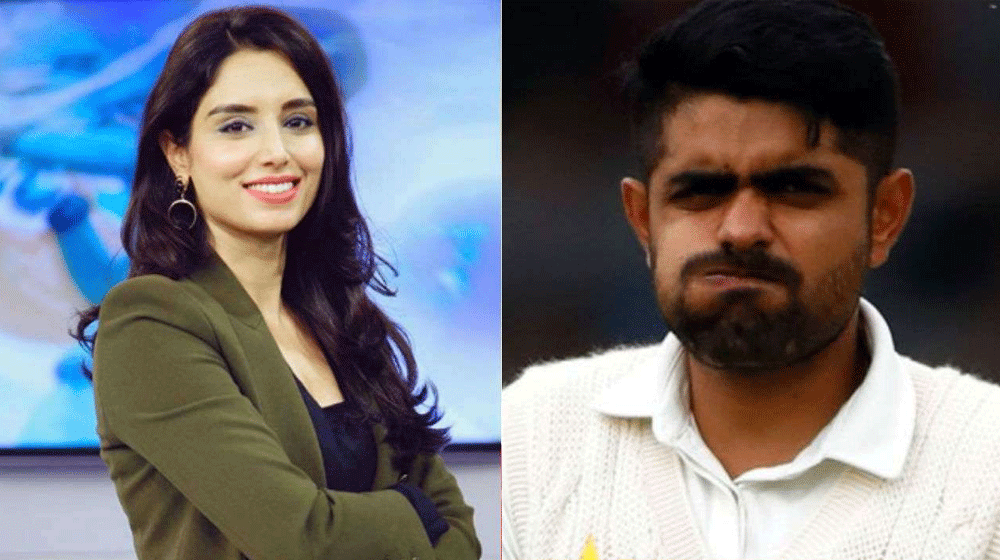 It was a sigh of relief for everyone who was either in the dug-out or the watching on television screens when mercurial Babar Azam tucked one off his paid for a double to complete his first-ever Test hundred. strange

The innings was special in so many ways; it came at a time when Pakistan needed it, it was his first after 17 Tests and most importantly because Babar had missed one in the last series when he got out on 99.

Even this time around, Babar had to wait almost an hour before he could convert his 99 into three figures. This made his maiden Test hundred even more exciting for everyone.

Every player in the pavilion was happy as they might have been for their own Test hundreds; the captain, the coach and the management staff too.

Similar was the case back at home where young Babar’s fans were pitching in big time to congratulate the centurion.

Sports anchor Zainab Abbas was among those who heaped praises for the 24-year-old batsman but her words didn’t really serve the purpose.

Babar Azam, who is generally known for his soft grins and happy-go-lucky nature in the team, reacted rather angrily to what seemed to be strange but harmless remarks from Zainab.

Babar either misunderstood her sense of humor –as he is considered Mickey Arthur’s most favorite- or he just didn’t like the notion.

Azam responded with a harsh tone warning Zainab from “crossing her limits.”

Think before u say something and don’t try to cross ur limits!!! https://t.co/w8I8139OeY

There were mixed reactions on Twitter with people supporting both parties. Some hardcore Babar fans lambasted Zainab’s ‘over efficiency’ while others found it a witty but harmless comment.

From her side the context of the tweet is misunderstood & from his side the sarcasm has crossed th limit — Before getting into counter argument publicly, its better to get th issue solve in DM as every person has its own way of perceiving bunch of few words :| @ZAbbasOfficial

May be Zainab just meant that Micky loves him the way he would love his son. Probably, the tweet is misinterpreted.

It’s such a shame that there is a barrage of cricket journalists in Pakistan these days who neither understand the technicalities of the sport nor the journalistic ethics. #PakvNZ

Azam ended unbeaten 127 when Pakistan declared their innings at 418/5.