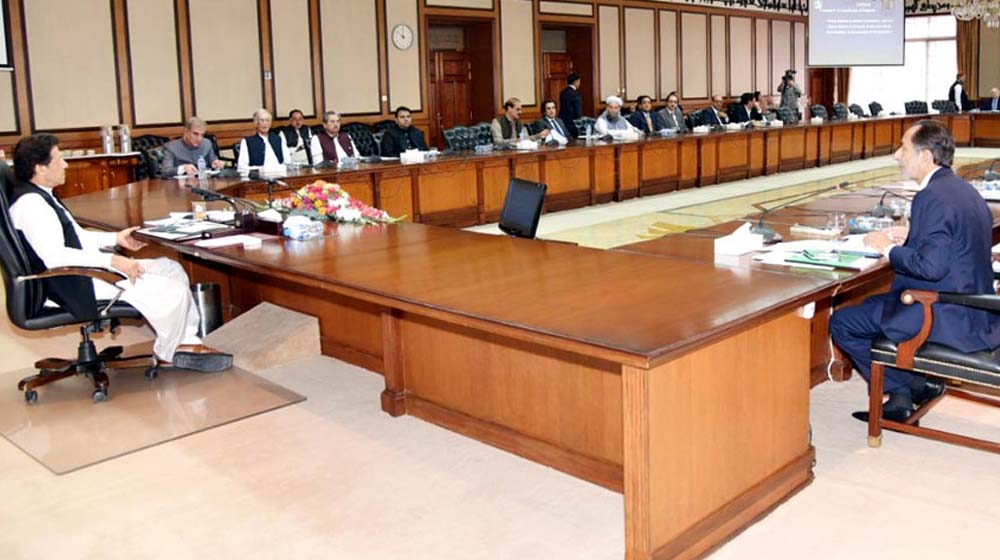 The Prime Minister will chair the meeting, which will discuss and review the implementation of the 100-day plan.

The PTI government after coming into power in August this year presented a plan comprising targets to be achieved during the initial 100 days of the government.

Sources said that different divisions and ministries have sent their progress report regarding the 100-day plan to the Prime Minister.

The performance of the ministries will also come under discussion at the meeting.

They said that the Prime Minister will share the details 100-day plan’s implementation with the public the same day after the cabinet’s meeting.

Besides the 100-day plan, the cabinet will also discuss the economic situation of the country.

Federal Minister for Finance will brief the meeting on the overall economic situation and the recent unsuccessful talks with the International Monetary Fund (IMF).

The Cabinet will also review the implementation status of the decisions taken in the past meetings.

The cabinet is also expected to rectify MoUs and agreements signed with different countries. Appointments in different public sector organisations will also be approved in the meeting.

Meanwhile, the Prime Minister chaired a high-level meeting regarding the government’s performance during its initial 100 days in the office.

The meeting was attended by senior PTI leaders and government ministers including Naeemul Haq, Faisal Javed and others.

During the meeting, the Prime Minister was briefed about the 100-day plan.