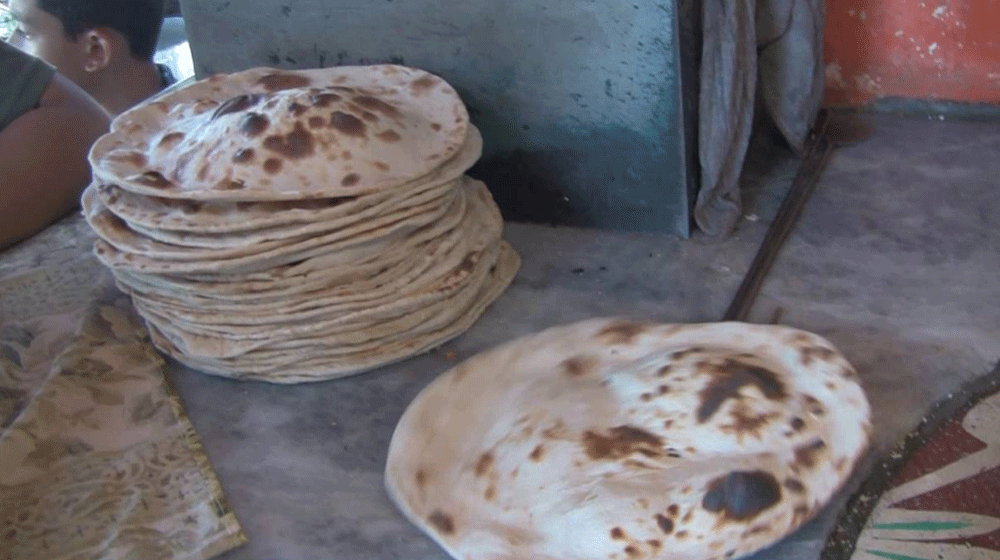 The federal government has announced to reduce gas prices for bakers (tandoor owners) to ensure the provision of Roti at lower prices across the country.

The government had, in last month, increased gas prices for the commercial users which brought a flood of inflation in the country.

Facing a backlash on its decision, the Economic Coordination Committee (ECC) has decided to reduce the prices of gas for bakers so that the prices of Roti and Naan may return to previous prices.

SNGPL Introduces Devices That Cut Your Gas Bill By Half

After the reduction, tandoor owners would get the gas at the previous rate, which was Rs. 700 per mmbtu, instead of the new rate of Rs.980/mmbtu.

The decision was taken following the All Pakistan Nanbai Association had announced to increase the rates of Roti due to a rise in gas prices.

There Will Be No Gas Loadshedding in Pakistan This Winter: ECC

However, following the government’s announcement, the association has said it would retain the current rates of Roti which varied from Rs. 7 to Rs. 10 across Pakistan.

This was announced by the Federal Minister for Petroleum, Ghulam Sarwar Khan, on Wednesday.

The government has also announced not to carry out any gas loadshedding during the winter season for domestic users and has already started to make necessary arrangements to ensure uninterrupted gas supply.