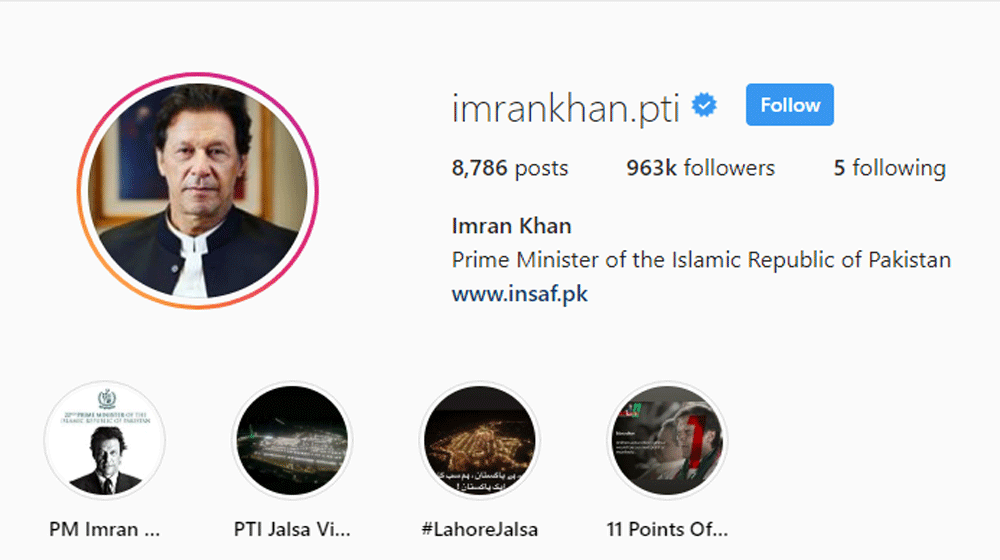 Prime Minister Imran Khan, who is already among the most followed world leaders on Twitter with over 8.77 million followers, has now been ranked as the second most active leader on Instagram.

Though the Pakistan PM did not make it to the most followed list on the Facebook-owned photo-sharing app, he was certainly among the most active world leaders on the platform, gradually increasing his following, as well.

According to data available with Twiplomacy, Khan’s Insta account is the second most active with an average of 10 posts per day, after the government of Brunei’s account which on average shares 17 posts a day. 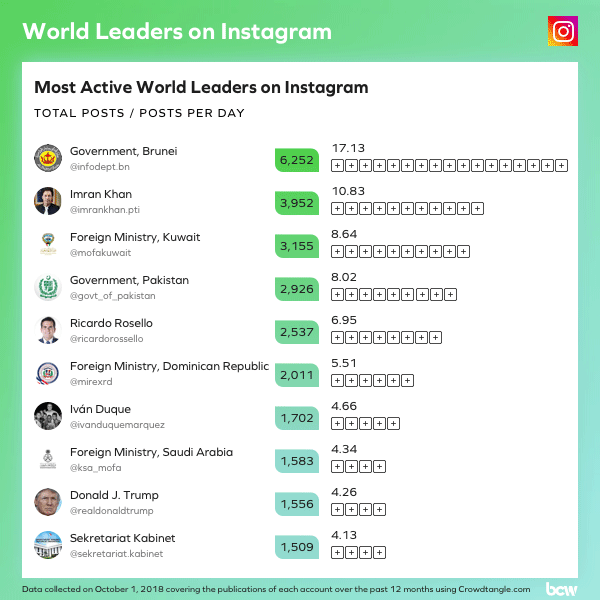 While the Foreign Ministry of Kuwait is the third most prolific on Instagram with 8.64 posts per day on average.

Interestingly, the government of Pakistan’s official Instagram handle was also among the top ten most active accounts in the world, being ranked fourth in the list.

The governor of Puerto Rico, Ricardo Rossello, comes fifth on the list with six posts per day, the report states.

Note: Twiplomacy mentions that the data was collected on October 1, 2018, using Crowdtangle.com to analyze the 426 world leaders’ Instagram accounts covering their publications over the past 12 months.

The full dataset can be downloaded here.