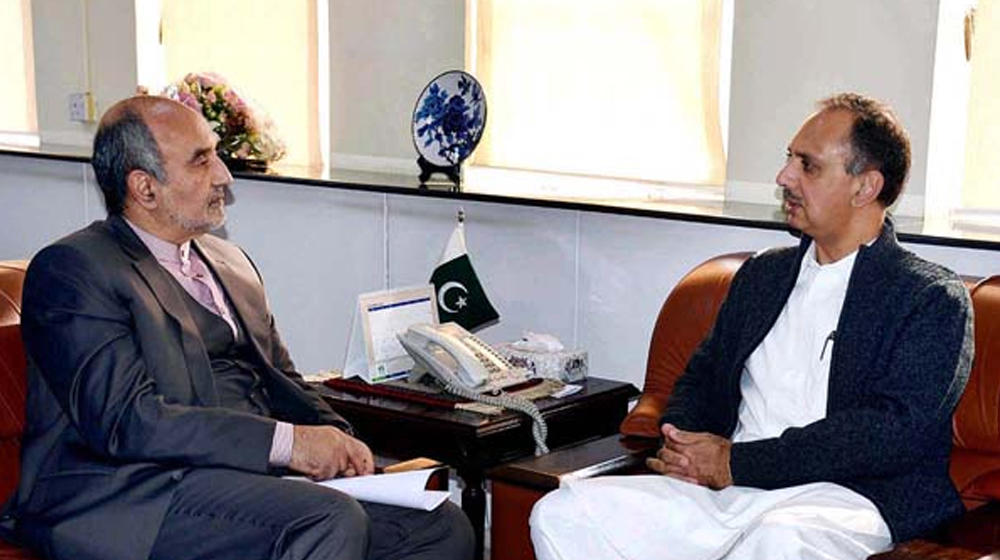 Minister for Power, Omar Ayub Khan, has said that Pakistan will discuss the prospects of renewing the Pak-Iran agreement for the import of 100 megawatts of electricity.

The Power Minister also said that Pakistan desires to promote its existing cooperation with Iran in the Power Sector. He said this while holding a meeting with Iranian Ambassador to Pakistan, Mehdi Honardoost, in Islamabad.

Moreover, both sides reiterated their commitment to the joint exploration of more avenues in the realm of power generation and transmission. Notably, Iran is the largest importer and exporter of electricity in the Middle East. The country also exports power to Turkey, Pakistan, Afghanistan, and Iraq.

For the past few years, Iran has been offering to supply 3000 megawatts of electricity to Pakistan. The Iranian ambassador, as well as Iranian President Hassan Rouhani, has said that Iran’s electricity imports to Pakistan can be expanded to 3000 MW, up from 100 MW.

Iran’s power supplies to its neighboring countries met suspension for a while owing to its domestic power shortage and unpaid bills in some cases. However, the country resumed the supply a few months ago.

The country aspires to become a regional hub of power generation and supply. Nevertheless, the sanctions on Iran are proving to be a huge hurdle in the expansion of its energy sector.