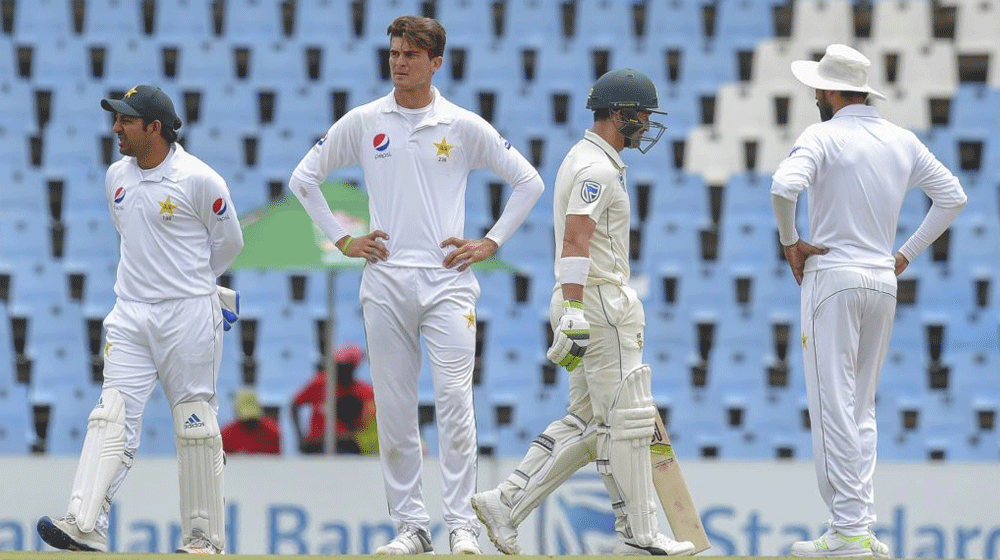 With the advent of the new year, nothing changed for Pakistan team in terms of performance in Test cricket; it brought some change in luck, though!

Despite starting the year with a massive 9-wicket defeat that also sealed the series 2-0 for South Africa, Pakistan’s Test ranking has improved one place. “Black Magic”?

Pakistan ended the year at the 7th spot with 92 rating points in the ICC Test ranking due to a 2-1 series defeat on ‘home soil’ at the hands of the gritty New Zealand team, and then lost both games against South Africa, by considerable margins.

But, after an update in the rankings following India’s historic triumph in Australia and Sri Lanka’s series defeat in New Zealand, Aussies slipped down to the fifth spot in the rankings with 101 points while Sri Lanka moved to the seventh spot with 91 points and Pakistan emerged to the 6th with no changes to its points.

Confused? So were we! But this news should rather bring a grim smile on your face instead of ushering you in a pond of worry.

Now let’s hope that Pakistan wins the final game of the series to regain the lost pride and go with a winning attitude in the shorter format series.

For a polite reminder, the third Test starts on Friday, January 11, at the Wanderers, Johannesburg.

According to the latest update, India sits on the notch of the rankings with 116 rating points, followed by England (108) and New Zealand (107) points respectively.