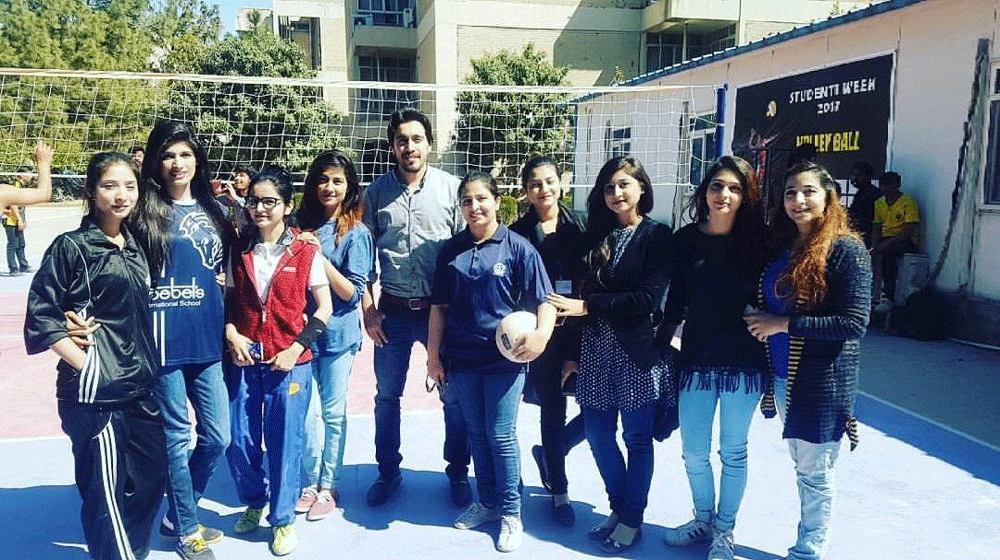 The Bahria University of Islamabad has established a proper dressing code and announced hefty fines on noncompliance.

A notification is making rounds on social media which is being attributed to the director of the varsity.

The notification informs all the female students that from now on, jeans, trousers, tights and short shirts are ‘strictly prohibited in university and that they can only enter the university wearing Shalwar, long shirt with dupatta.’

‘Dear Bahrian, It is to inform all the girls that a strict dress code will be followed from Monday 14th January, 20119. Jeans, tights, trousers, short shirts are prohibited. Any girl seen in will be fined Rs. 5000,” the notification warned.

The notification says the decision to enforce a proper dress code was taken due to “several unethical observations” and with the consent of parents and faculty members.

“Certain rules need to be followed as they are otherwise you may face the consequences because it is from the higher authority.”

It is better to be “safe than sorry”, the notification notes, for all the students are “supposed to show a bit of compliance with the law or follow a proper channel against it”.

The university has also banned students’ entry with cigarettes, tobacco or any other drugs. All the boys will be checked on the entrance, and those found with alcohol or such stuff will face fine of Rs. 5000.

The new rule will come into effect from Monday, January 14, the notification says.

It is not surprising that the decision has irked the Twitterati:

:’) the islamic republic of al bahria university. Flag-bearers of mental health, and yet this is what they do. Somebody please spread it, so this atrocity come to an end. I don’t know who to take it to. pic.twitter.com/BE9nd9lpnZ

The decision has also attracted a protest from the students of the varsity.

Bahria uni protest – 2010. I nearly got myself terminated from the university due to these protest.