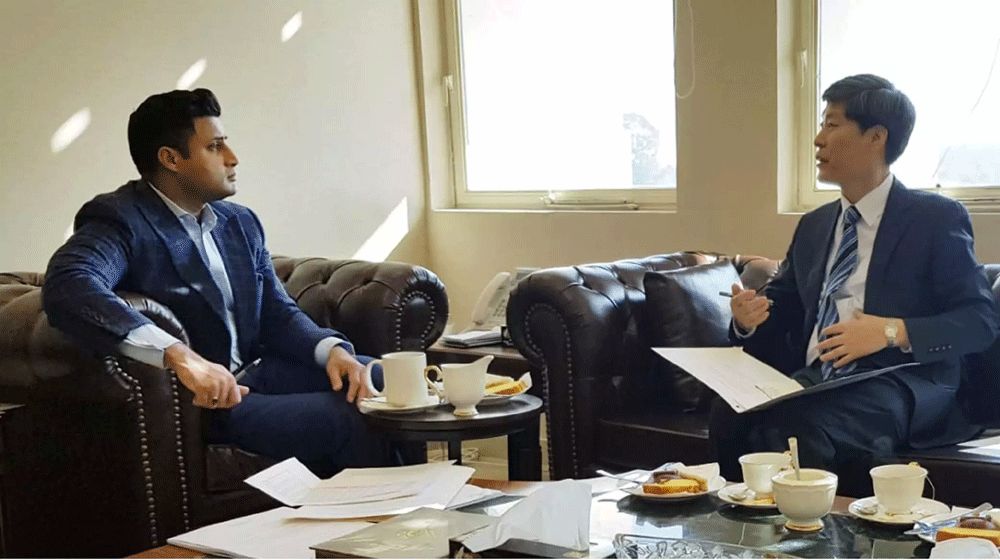 South Korean ambassador to Pakistan, Kwak Sung-kyu, has assured Zulfikar Bukhari, the Special Assistant to Prime Minister (SAPM) on Overseas Pakistanis & Human Resource Development, to increase the import of workforce from the country.

Starting from this year, South Korea will gradually increase the job quota for Pakistanis; the envoy told Zulfiqar Bukhari during a meeting between the two dignitaries at his office.

During the meeting, matters of mutual interest, including the mechanism to raise the quota of importing skilled labor from Pakistan, came into discussion.

Speaking on the occasion, SAPM said that only 700 Pakistani workers went to South Korea in 2018.

He said the previous government showed no interest in the matter, but the PTI government is determined to increase the number exponentially.

South Korean envoy said that his country was interested in investing in Pakistan Railways as well.

Previously, a team from the East Asian country had visited Pakistan, and according to Sung-Kyu, it had highlighted various sectors including Railways to have tremendous potential for investment.

He also mentioned the Tourism Industry of Pakistan having potential as many of its cultural heritage sights might attract religious tourists from South Korea.

To this, Bukhari informed the envoy that Prime Minister Imran Khan has already set up a task force in this regard.

He said that the government has controlled the law and order situation and is now focused on improving the road network in northern areas to provide easy access to tourist attractions.