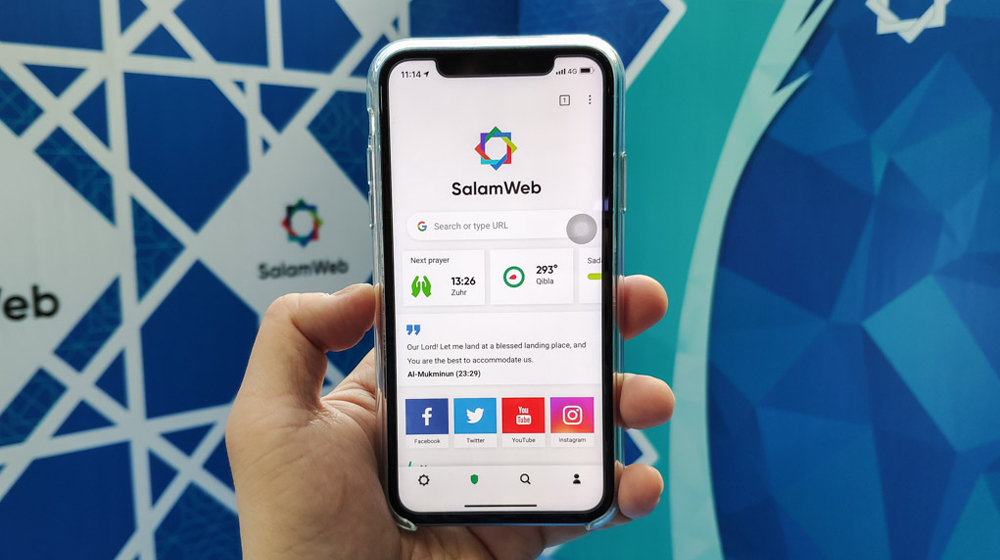 Designed specifically for Muslim users with a focus on community-approved content.

A Malaysian startup has developed a new web browser in accordance with the Islamic compliance and privacy concerns.

Named SalamWeb, it is a mobile and desktop browser designed to give a friendly web experience for Muslims. The app has several features including messaging and news.

Managing Director at SalamWeb, Hasni Zarina Mohamed Khan, told that the app is mostly being used in Indonesia and Malaysia.

“We want to make the internet a better place,” says Hasni Zarina. “We know the internet has the good and the bad, so SalamWeb offers you a tool to create this window that lets you go to the internet to see the good,” she says.

Khan says that the goal is to capture 10 percent of the 1.8 billion Muslim population around the world. She further revealed that there were several challenges in the backdrop of Google and Facebook facing scrutiny over spreading fake news and divulging information.

“We’re promoting universal values — although SalamWeb is targeted to Muslims, it can be used by anyone,” says the MD. “The internet can be a harmful place. It’s obvious that we need an alternative.”

SalamWeb mainly involves community-approved content that is deemed appropriate. Warning signals also appear to users when they come across a website containing pornographic and gambling content.

The app is available for download for Android and iOS.