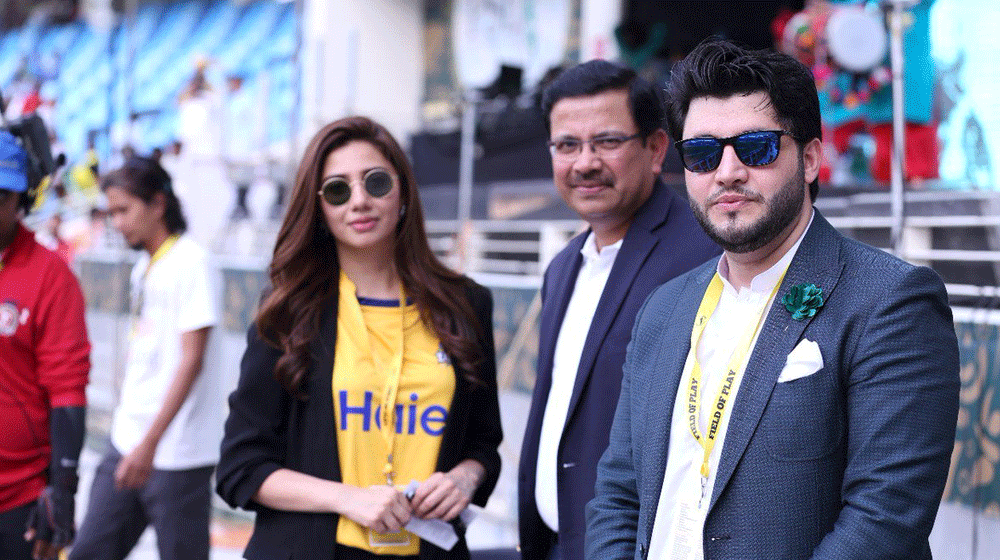 Pakistan’s heartthrob Mahira Khan has been re-appointed as Peshawar Zalmi’s brand ambassador for the fourth season of HBL PSL 2019, starting from February 14 in UAE.

“We are delighted that Mahira Khan once again has joined the Yellow Storm and became part of the Zalmi Family,” said Javed Afridi on Saturday.

He also shared the news on his official Twitter handle calling the ‘Hamsafar’ actress as ‘the embodiment of what it means to be #ForeverZalmi.’

📢Major Announcement: @TheMahiraKhan remains in the @PeshawarZalmi Family as the Brand Ambassador for @thePSLt20 4. Mahira is the embodiment of what it means to be #ForeverZalmi. She is also emblematic of the passion that reflects Zalmi. Pakhair Raghlay!⚡#YellowStorm #HumZalmi pic.twitter.com/DUqjKmaoN7

We warmly welcome Mahira Khan into Zalmi fold. She is not just our ambassador, but she is a huge Zalmi Fan as well. For all the Zalmi Fans, Mahira is Forever Zalmi.

Mahira, who was already enthralled with the development, retweeted his tweet with just one word describing the height of excitement.

Mahira has been part of Peshawar Zalmi for PSL 3 and will be seen reprising her role this year, as well.