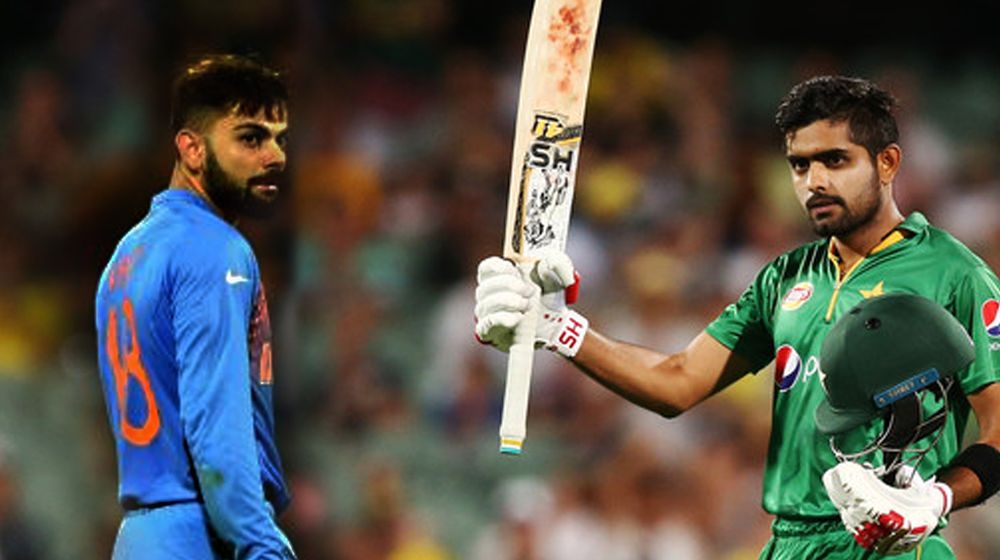 Virat Kohli is a modern day legend and there’s no denying the fact that Indian team relies heavily on its captain, no matter the format.

Pakistani run-machine, Babar Azam has already been hailed as one of the finest batsmen to play for Pakistan. His numbers are clearly reflective of his batting abilities and in this young age, he is a class player to watch when he is on song.

While Babar is yet to settle in the longest format of the game, his stats in the limited over formats are unbelievably good.

Babar Azam has played 59 ODI matches thus far, scoring 2462 runs at a staggering average of 51.29. Let’s compare his numbers with those of Virat Kohli.

Below are the figures for both players after 59 ODIs.

Both the players have impressive numbers at the end of 59 one day matches for their respective countries. Babar Azam’s figures are slightly better than Kohli’s however, it remains to be seen if he continues to stay ahead of Indian captain in the future as well.

Kohli didn’t enjoy a very good start to his international career, however, his numbers improved massively after about 2 years of his debut which was attributed to his change of temperament.

While the world compares Babar with Kohli based on his performances in recent years, the top batsman from Pakistan believes that there is still a long way to go and that there’s no comparison between the two.

People compare me with Kohli but he’s a very big player, I don’t think I am anywhere close to him, I have just started out & he’s achieved a lot. I still have to do that, if my performances are up to that level then you can compare but right now there’s no comparison.

The remarks are reflective of Babar’s down-to-earth nature.

Do you think the two can be compared? Let us know in the comments section.