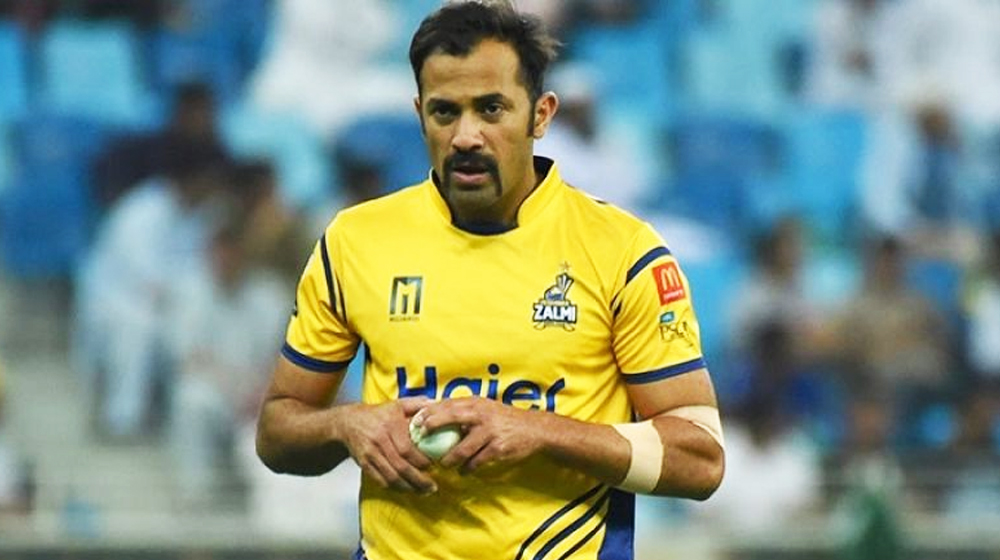 Ever since his poor run of form after ODI World Cup 2015, Wahab Riaz has struggled to get back in the national side. However, the left-arm pacer is aiming for a call-up following PSL’s fourth edition.

Peshawar Zalmi’s spearhead remains as one of the most successful bowlers of the tournament with 48 wickets. The fast bowler said that he will prove his critics wrong.

PSL is a good opportunity before the World Cup. I have been bowling well in the leagues and I hope through my performance in the tournament I can become a part of the national squad.

Wahab said that despite playing various leagues and tournaments, nothing matches the pride and honor of representing your own country.

He said that he’s not only looking to perform well but also help his team reach the final yet again, “As a bowler, I have a responsibility and I want to make sure we reach the final again this time like last year.”

The fast-bowler added that he is looking forward to bowling against AB de Villiers. He said:

AB is one of the most destructive batsmen of the modern era and he is one of my favourite batsmen. I am looking forward to bowling to him. You can expect a to see a healthy competition on match-day.

Wahab Riaz will represent Peshawar Zalmi for the fourth time in as many years. He has taken most number of wickets (48) since the inception of the tournament, joint-most wickets in one season (18) and also has the best bowling average (16.50) in the league.