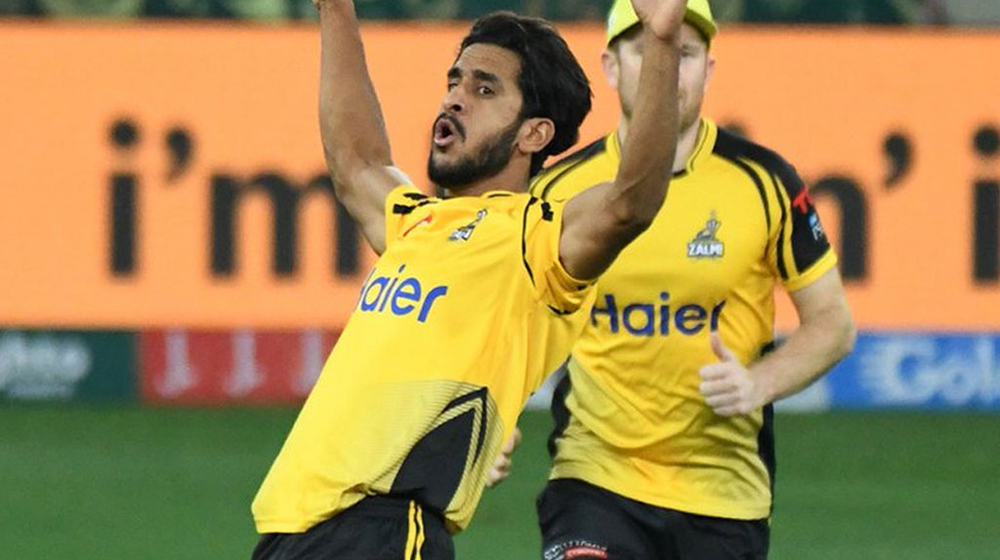 Darren Sammy won the toss and elected to field first.

Peshawar Zalmi showed why they are a top team in PSL, exhibiting brilliance in the bowling and then chasing down a small target with ease.

Umar Amin, who is also looking to make a comeback to the national side, stepped up and showed his class against a fierce Qalandar’s bowling attack. His resistance took a lot of pressure off Peshawar.

Unfortunately for Qalandars, their target was too small to defend despite those early wickets.

Hoping for a better season and despite making a number of changes in their roster, Lahore Qalandars are facing an uphill battle against Peshawar Zalmi.

Following Hasan’s spell, Ibtisam took the responsibility of demolishing Lahore from the other end and picked up 2 wickets.

Wahab Riaz chimed in with a couple of wickets down the order to restrict Lahore to the 2nd lowest total in the history of PSL. The lowest total is also held by Lahore against Peshawar in 2017.

The lowest scores thus far are as following:

Following an injury picked up by Mohammad Hafeez in the previous match, AB de Villiers will lead Lahore Qalandars in the meantime.

Both teams are still seeking the perfect balance and in order to address that, Sammy and AB have made some changes.

Here is the playing XI for the match: