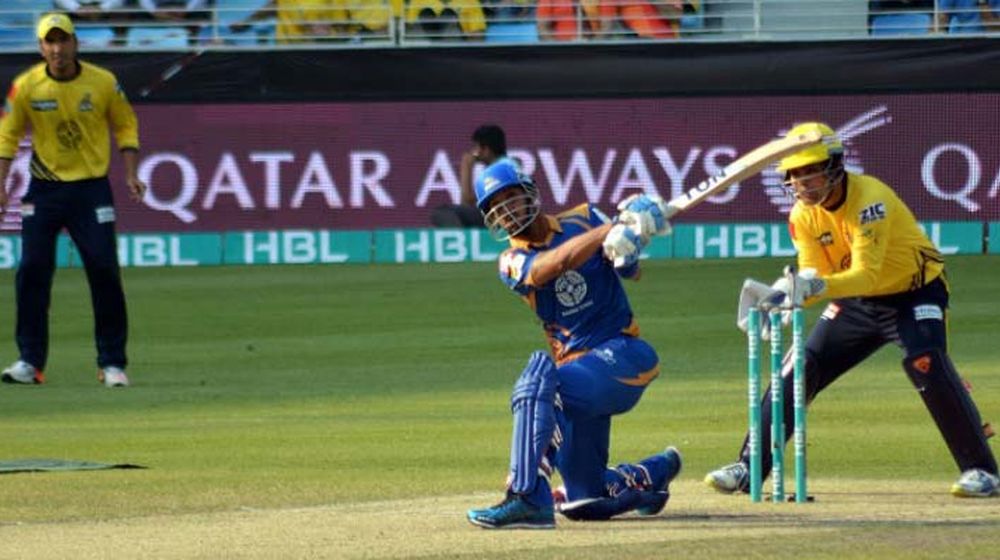 Peshawar Zalmi seems to be gaining momentum with another dominant show, beating Karachi Kings by a big margin of 44 runs.

Darren Sammy led team is now at the second place in the PSL points table with 4 points and a solid +1.922 net run rate.

While most of us would have thought it to be an enthralling chase, however, Karachi Kings batting unit made a mess.

With Liam Livingstone gone off the first ball, Babar Azam also looked out of sorts against a fierce bowling spell from Peshawar’s opening bowlers, ultimately falling to a run out by Hassan Ali.

None of the batsmen showed the intent to chase the target as the entire team crumbled, managing to post only 109/9 off 20 overs, losing by 44 runs.

Hassan Ali fierce spell earned him yet another 4-for, earning him the Fazal Mahmood Cap for most scalps this season.

Three quick wickets in 8th and 9th over left Peshawar Zalmi reeling at 48/4, however, sensible innings from Imam-ul-Haq and Liam Dawson and a cameo from Captain Darren Sammy made sure the team total, 153/8, looked decent enough.

All the bowlers were among wickets as Sikandar Raza starred with 2 wickets for just 23 runs in his 4 overs.

With action moving to Sharjah, the teams will be rejuvenated following two days of rest between the games in Dubai and Sharjah.

Sharjah’s first match saw a slightly one-sided contest with Quetta Gladiators sailing to victory over Multan Sultans. Tonight’s fixture promises to be a cracker of a match as the two teams are hoping to secure the number 2 position at the PSL 2019 points table.

Here are the important match details you need to know.

In the 8 matches played between the two teams, Peshawar Zalmi has enjoyed an upper hand with 6 wins while Karachi Kings emerged victors twice.

Peshawar Zalmi:
David Malan hasn’t been called up for England tour to the West Indies, and his batting prowess is amazing. He will be the one to look out for if he gets a place in the playing XI.

Karachi Kings:
With Colin Munro yet to join Karachi Kings, the focus will once again be on Babar Azam. He provides stability at the top of the order, allowing others to play around him.