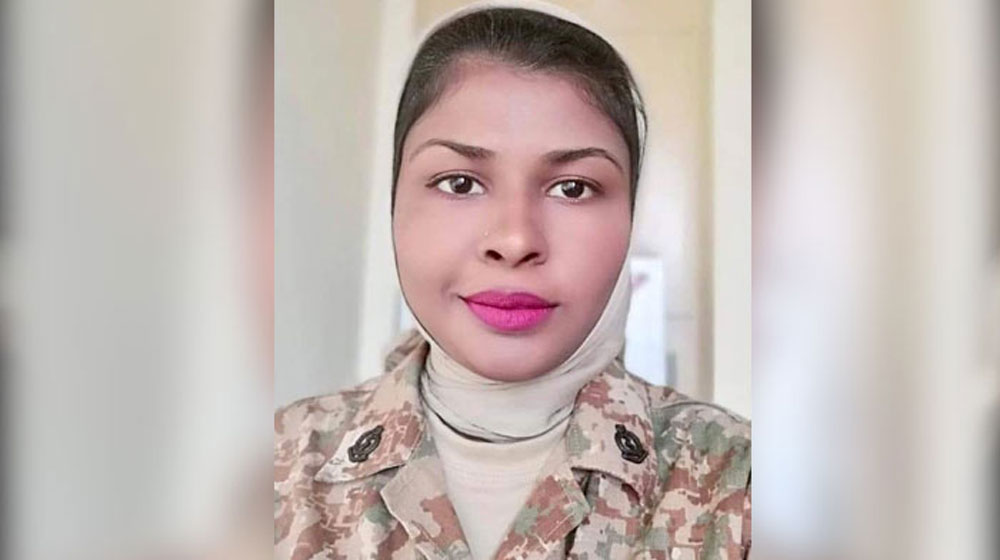 Pakistan Army’s Major Saiqa Gulzar has become a shining star in the country after she bagged a gold medal during her training in the United States of America.

Saiqa, who belongs to a middle-class Christian family from Vehari – a developing city about 100 kilometers from Multan, was the top contender among the soldiers from 52 countries.

Saiqa’s father, Gulzar Masih Sidhu, is a government teacher who worked very hard to get her daughter enrolled in Pakistan Army.

Major Saiqa is now being hailed as a hero on social media for her resilience and strength that led her to the top.

A hero, Major Saiqa Gulzar, won Gold 🏅 in US among 52 soldiers, is pride of nation. Salute! pic.twitter.com/G35hrzhnpn

Pakistan Army’s Christian Major Saiqa Gulzar from Vehari, a city about 100km from Multan, has won a gold medal during her training in the United States of America. Daughter of a local teacher Gulzar Masih Sidhu was top of the list consisting 52 soldiers.🇵🇰#PakistanZindabad pic.twitter.com/jeTGZDtq83

Congratulations to All
Pride of Nation Major Saiqa Gulzar D/O Sir Gulzar Masih Sidhu from Vehari.She has won the Gold meddle during training in U.S A. Out of 52 soldiers all over the world. We are proud of you sister. God bless you more and more.
By Fr Sajjad. pic.twitter.com/tMxUXrsvyH

Daughter Of Pakistan And Pride Of #Vehari Major Saiqa Gulzar From Christian Community Bags The Gold Over The 52 Competitors Of The World In A Training Competition Held In USA And Make Us All Proud. pic.twitter.com/FOpC91ctZo

Pakistan is proud of its resilient female soldiers like Major Saiqa Gulzar….. Saiqa belonging to the Christian community has outclassed 52 soldiers from around the world during her training in USA, bagging herself a Gold Medal….#TalentPakistan pic.twitter.com/amS8S4vlJp