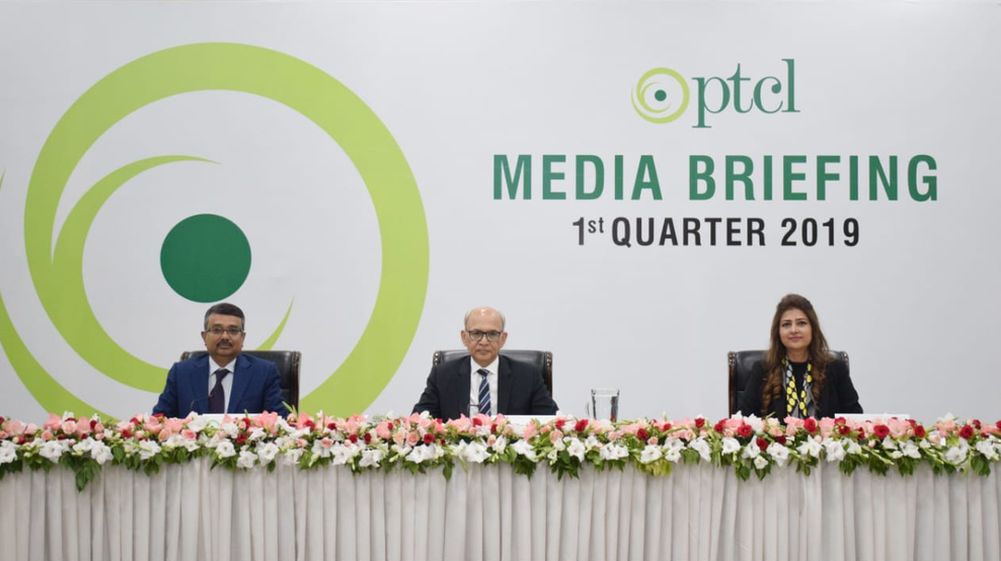 PTCL sustained its profitability in 2019 as it posted profit growth of 95 percent in the first quarter of 2019 compared with the corresponding period in 2018.

According to the financial statement, PTCL’s profit combined with all subsidiaries surged to Rs. 1.99 billion during the period of January to March 2019 as compared to Rs. 1.022 billion recorded in the same period last year. 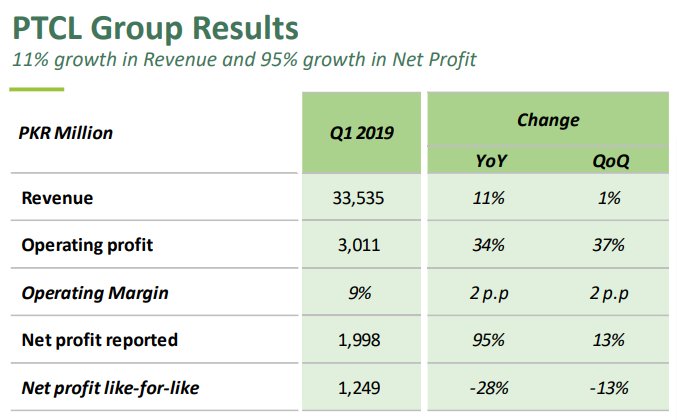 The revenue streams of the telecom giant improved as its major subsidiaries, mainly Ufone and U Microfinance Bank, reported a healthy performance during the period under review.

PTCL Group’s revenue for the quarter has grown year-on-year by 11 percent to Rs 33.5 billion as a result of accelerated growth in the revenues of Ufone and U Microfinance Bank. 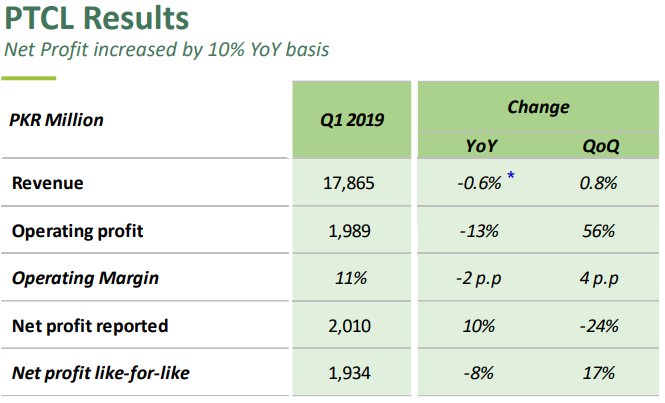 It stated that revenue of Ufone has grown in double-digit YoY and U Microfinance Bank also booked growth of 53 percent in its revenues during the first quarter ending in March.

On the flip side, revenues from wireless segment continued to decrease in the period under review. Besides, revenues from local and international voice segments also reduced. 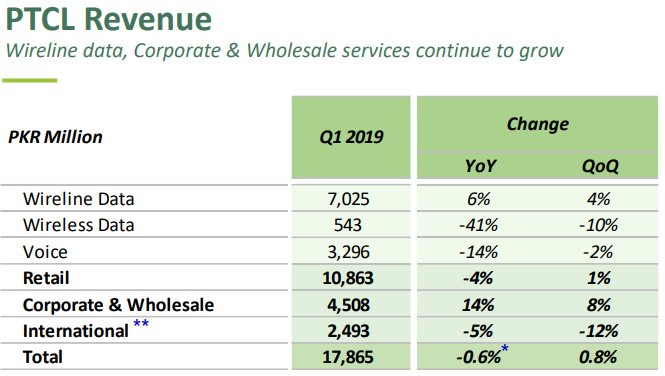 The operating profit of the group increased by 34 percent to stand at Rs. 3.01 billion during the period as a result of the financial performance reported by its subsidiaries.

PTCL continues its journey to upgrade top 100 exchanges under the Network Transformation Project in different parts of the country. Previously, it upgraded 76 exchanges which generated 12 percent extra revenues and reduced the customers’ complaints by 40 percent.