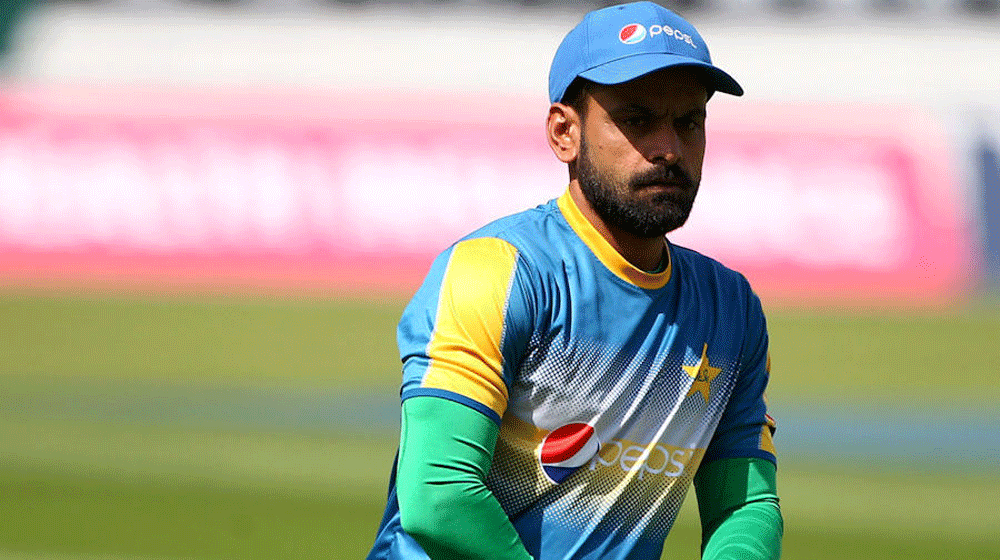 Mohammad Hafeez is probably the best utility player Pakistan has produced. Over the course of his career, he has led the team as captain, served as a specialist opener and is now being asked to play the anchor role for the team.

While talking to an international media outlet, Hafeez claimed that despite his role in the side, he still considers himself as an opener.

I am an opener and want to play as one. This team management had asked me to play an anchor role at number four because we have new openers who are growing and playing well. I play for the Pakistan team and try to fit in the role which is offered to me.

The 38-year-old claimed that it is difficult for him to bat lower down the order but his experience has helped him thrive in such situations.

Since I have played as an opener for 16-17 years since the start of my career, it becomes very difficult to go down the order. I always want to have more overs so I can take upon the responsibility and win matches for Pakistan.

He further said that he is not a one-dimensional player and can play all sorts of innings.

When asked about lack of hard-hitters in Pakistan’s side, Hafeez responded that building the innings is far more important.

You have to play a good innings which should dominate the opposition after you have settled. You don’t win matches by slogging. Rather you have to build an innings for which, I feel, we have all the resources. The boys have sound technique and have the right talent which is being groomed. I feel we have all that is needed [in the batting department] to click in the tournament.

Hafeez also revealed that he has fully recovered following his thumb operations.

I have fully recovered now. I am getting the time required to get back into the fold after an injury and within a week I will be able to play full matches.