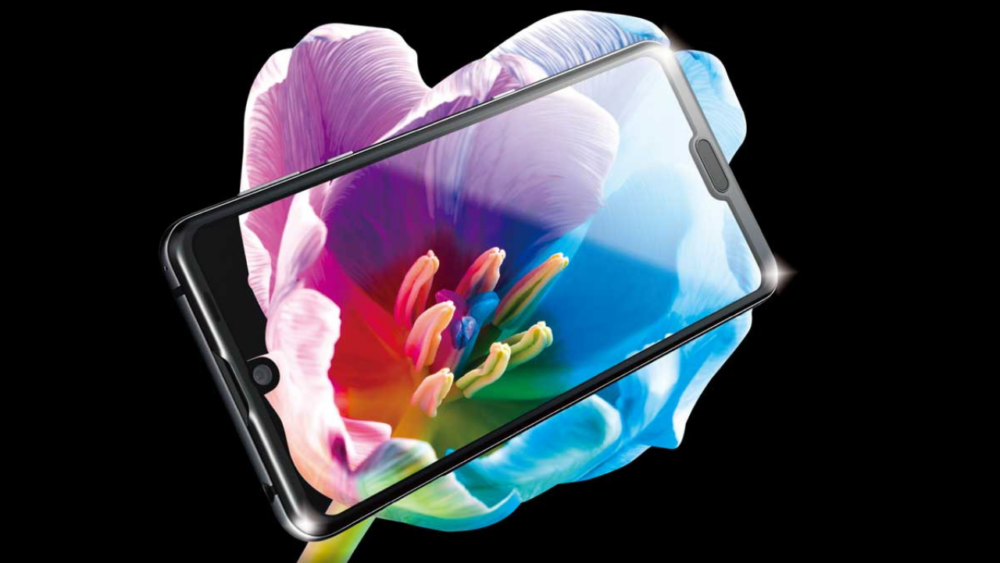 Here’s a phone with 2 notches if one wasn’t enough.

Since the bezel-less phone era began, notches have become pretty popular among Smartphone manufacturers. The notch design gained popularity after iPhone X was unveiled but Sharp had been in the business long before the trend started.

Since the trend is pretty common now and every other phone had a notch display, Sharp decided to do something out of the box with a dual notch design in its recently released Sharp Aquos R3.

The phone has flagship specifications,=: a 120 Hz display like the Razer gaming phone, and is the first phone sporting such a design. However, we are unsure how the critics will respond to this peculiar design.

Sharp Aquos R3 has a sleek look with a glossy back finish. It looks very much like the Aquos R2 compact but with dual notches. There’s a big waterdrop notch on the top and a wider notch at the bottom.

The top-notch houses the selfie camera and the bottom notch sports a fingerprint scanner and has given Sharp the space to install a front-facing stereo speaker. We have certainly missed one of these in the recent phones.

Under the hood, there’s a top of the line Snapdragon 855 chipset paired with 6 GB RAM and 128 gigs of built-in memory. It only has a single RAM/storage variant and runs on Android 9.0 Pie. The memory can be expanded via a memory card.

The phone supports a single nano Sim, has a USB Type-C port and supports Bluetooth 5.0.

Coming to the front camera, it is a single 16.3 MP snapper with an 80-degree field of view.

In the battery arena, we have a 3,200 mAh battery with 11W Qi wireless charging on the R3.

If we look at the other specifications provided by the phone, this battery might not do it justice, keeping in mind that the 120 Hz display on the Razer phone was a huge battery hog.

There is no news regarding the availability of the phone and its pricing.