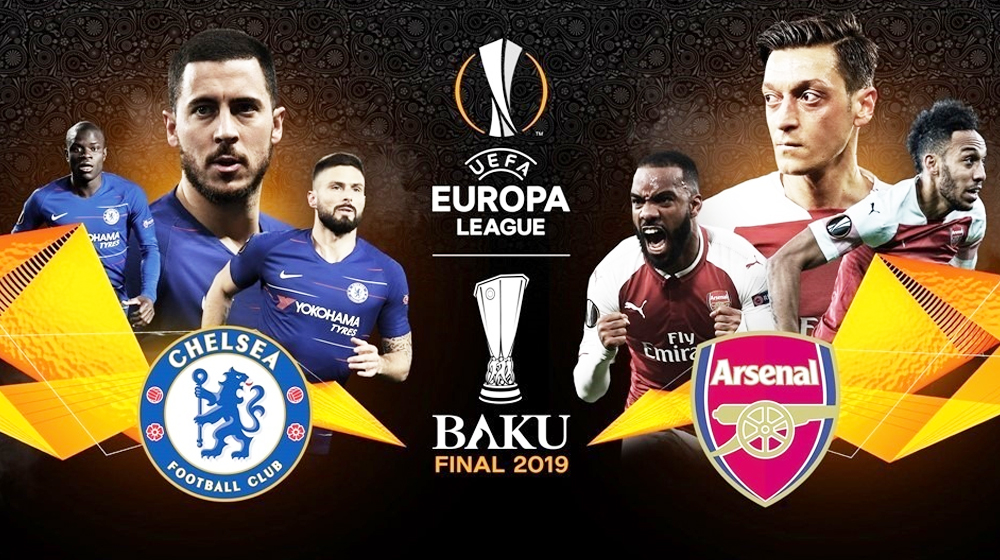 Two arch-rivals, separated by 10 miles or roughly 40 minutes by London Underground, have traveled nearly 3,000 miles to Baku, Azerbaijan, to contest for the Europa League final.

Despite the importance of the game, the fans have rebelled against UEFA over their poor choice for the venue resulting in both clubs failing to fill the 6,000 allocated seats each in a 60,000-seat stadium.

Azerbaijan, technically, is still at war with its neighbor Armenia. The Arsenal midfielder, Henrikh Mkhitaryan, who is also Armenian, has elected not to make the trip due to security concerns.

The final will be played in Baku Olympic Stadium, which is in Azerbaijan. The game kicks off at 12am, Pakistan Standard Time (PST).

The Road to Baku

Arsenal were placed in the Group E alongside Sporting, Vorskla Poltava and Qarabag. The Unai Emery men finished strong in the group-stages and picked up 16 points and losing only one game.

However, they have had a tougher run in the knockout stage as the Gunners had to come back from behind to overcome BATE and Rennes before finally hitting their stride to knock out Napoli in an impressive manner.

Chelsea registered victories in all of their games after the group-stage up until the semifinals where they faced Eintracht Frankfurt, who held the Blues to a draw in both games. The penalty-kicks, however, saw Chelsea qualify for the final.

The former Chelsea legend Petr Cech, started every game for Arsenal in the knockout stage and is set to retire after Wednesday night. Two factors, however, play a huge role in his selection. 1) Bernd Leno has been Arsenal’s first-choice goalkeeper since October. 2) Following Cech’s retirement, he is set to join Chelsea again but this time in a front office role.

For Arsenal, Aaron Ramsey is still out due to a hamstring injury whereas other injured candidates include Hector Bellerin, Konstantinos Mavropanos and Rob Holding.

Definite misses for Chelsea include Antonio Rudiger and Callum Hudson-Odoi. Ngolo Kante has recovered in time from a muscular injury but Sarri claims that he is still ’50-50′ for the match due to fitness concerns. It is worth mentioning that Ruben Loftus-Cheek is also going to miss out due to Achilles tendon injury just as he was finding his feet in the first time.

The Video Assistant Referee (VAR) has not been a part of Europa League till date but it will be up and running in the final.

The all-Italian crew of Referee Gianluca Rocchi, Assistant Referees Filippo Meli and Lorenzo Manganelli, and 4th official Daniele Orsato will be in charge.

The VAR crew is headed up by Massimiliano Irrati, also from Italy.