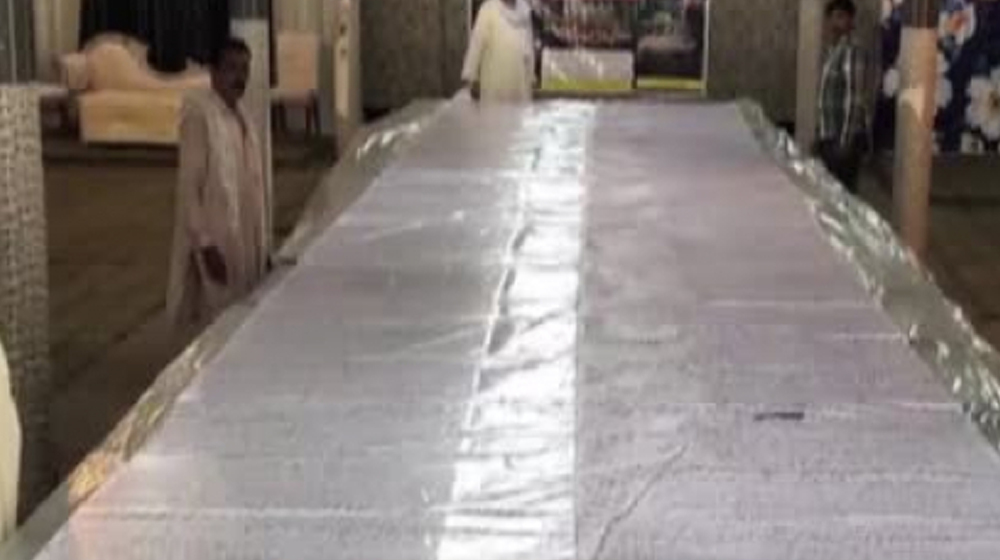 The reproduced holy scripture is 3,125 feet long. Haider has used four different colors to write the script and the pages are rolled on a ruler for protection. The Quran weighs 150 kg and it has been placed at a shrine for display.

Haider says that the purpose of reproducing the holy scripture is not only to build a positive image of the country but also to encourage Muslim Ummah to follow the teachings of the Quran.

“The purpose of this Quran is to serve Islam and to present a positive image of Islam and Pakistan in front of the world. It is to tell the world that we (Muslims) are peace-loving people,” says Haider.

Earlier, Haider had reproduced a 51-feet long handwritten Quran and became part of the Guinness Book of World Records. He is hopeful that his largest handwritten reproduction of the holy scripture will again make it to the book of world records.

Haider also claims to have broken the Egyptian record by reiterating the largest Quran in one year. The Egyptian artist had reproduced the holy book on a 2,300-feet long paper scroll in three years.